Atlanta, Georgia – U.S. Term Limits (USTL), the leader in the national movement to limit terms for elected officials, is currently gathering support from state lawmakers across the country. Its mission is to get 34 states to apply for an amendment proposal convention specifically to enact term limits on Congress. Florida became the first state to pass the resolution in 2016 and Georgia’s Senate advanced the measure to its halfway mark in the General Assembly by passing SR195 last year. In order to pass the application successfully, SR195 must be approved by the Georgia House of Representatives this session. With such strong support in the state legislature, Georgia is on track to become the next state to pass the Congressional Term Limits resolution.

In a 2016 survey conducted by McLaughlin & Associates, an overwhelming 82% of Georgia voters were in favor of a constitutional amendment enacting term limits on U.S. Congress. 80% of those polled are in favor of the Georgia General Assembly calling for a Term Limits Amendment Convention to achieve this goal.

With the first week of Georgia’s 154th General Assembly’s second session of the year underway, the list of Georgia Representatives who support the measure continues to grow. Some lawmakers have solidified their support by signing the USTL pledge which reads, “I pledge that as a member of the state legislature, I will support and vote for the resolution applying for an Article V convention for the limited purpose of enacting term limits on Congress.” Through Article V of the U.S. Constitution, 34 state legislatures can team up for a convention to propose a congressional term limits amendment.

“Georgia’s General Assembly members have been especially eager to show their constituents that they are here to serve the people”, says James Alvarado, Georgia State Director for USTL. “The ‘Term Limits Champions’ who have signed our pledge see, not only the benefits that rotation of office in Congress will bring to the people, but also how important it is to the preservation of our democracy,” concludes Alvarado.

The President of U.S. Term Limits, Philip Blumel commended the lawmakers in the Georgia house who support the resolution. Blumel said that “The people of Georgia are lucky to have public servants who see what is going on in Washington and are willing to take action to fix it. By using Article V to term limit Congress, they can restore balance between states and the federal government as our Founders intended.”

Since 34 states must apply for the Term Limits proposal in order to trigger the convention call, U.S. Term Limits has spread its grassroots resources throughout the country. In addition to Georgia, the group is targeting Alabama, Alaska, Arizona, Colorado, Maine, Maryland, Missouri, New Hampshire, Pennsylvania, Tennessee, Texas and Utah. Once the Term Limits Convention is called, 38 states must ratify the resulting proposed amendment in order for it to become part of the U.S. Constitution. 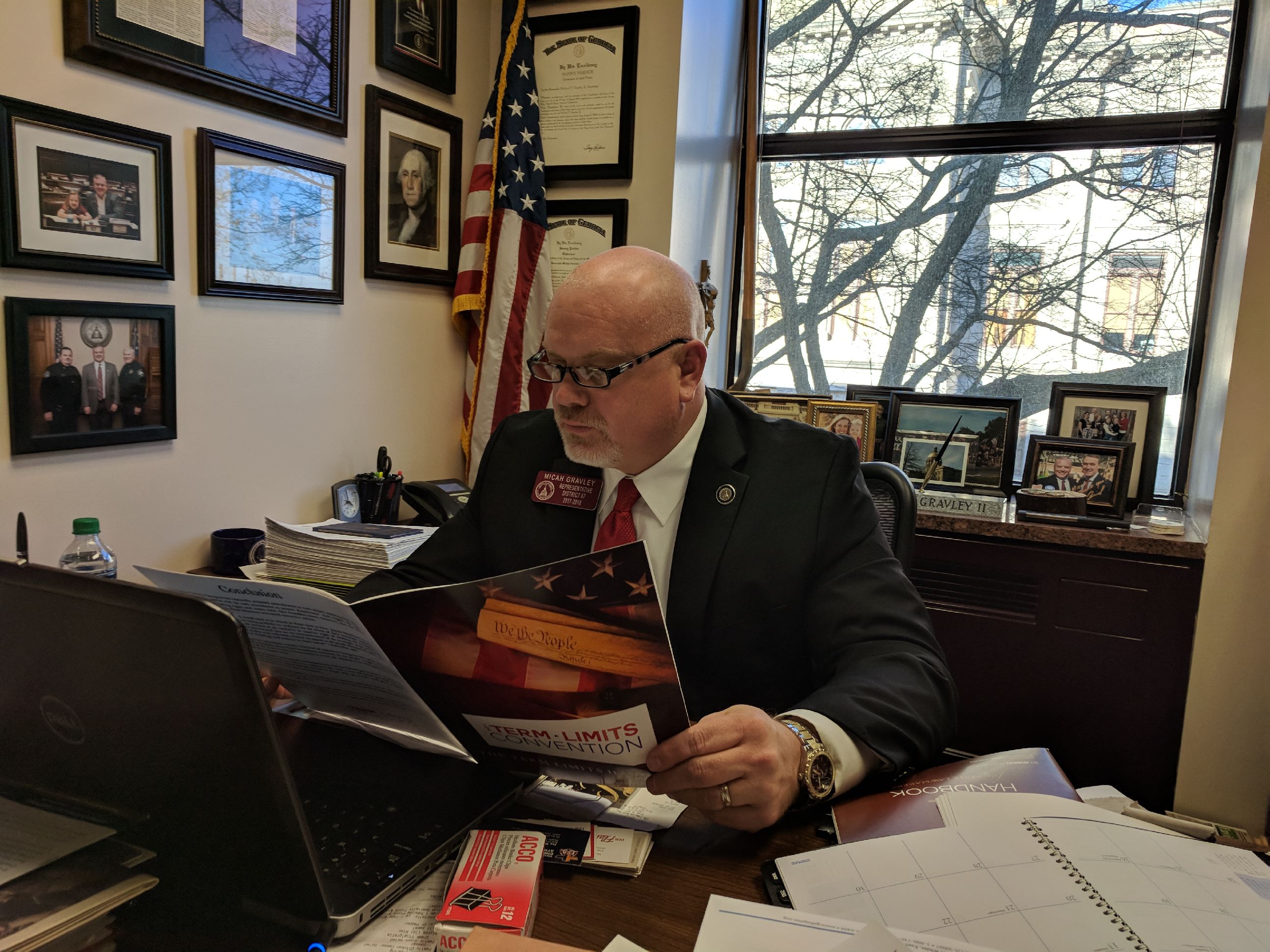