America can ill-afford a Congress that is simultaneously distant from the people and protected by the advantages of incumbency. This has resulted in a ruling class that doesn’t listen to the voters, asserts power where it rightfully belongs to the states and blocks new talent from entering the system.

The re-election rate in Congress is well over 90 percent, meaning incumbents are practically unbeatable. Unless a seat is open, conventional wisdom dictates that races will be uncompetitive and lacking serious challengers. Top candidates for Congress – even those who are well-financed – have largely given up on challenging sitting members, and tend to focus their energy on winning open seat races. 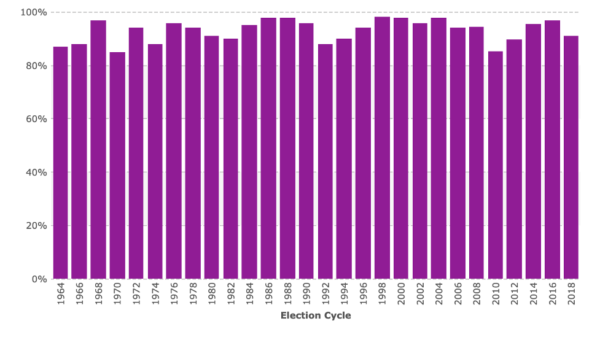 Term limits would reverse this trend by ensuring that open-seat races are held on a regular basis. The best and brightest minds in our states, currently blocked from serving in Congress by tenured politicians, would finally have the opportunity to move upward and make their case to the American people.

Term limits also address the top-down power structure in Washington by allowing for less senior members to hold leadership roles. This means Congress won’t only get an infusion of new talent, but that all of its members will be empowered to make a difference.

Studies have found that term limits laws have increased legislative diversity, and had a statistically significant, positive impact on increasing women’s representation in legislatures.

The President has term limits. As do 36 governors and 15 state legislatures. When a foreign leader attempts to rescind his own limits, we are the first nation whose diplomats stand up and object. This idea, with roots as old as democracy itself, has become part of our national fabric. It is time to bring term limits to Congress.