With a renewed push to impose term limits on the U.S. Congress, a new national day has emerged from the term limits movement. The idea is simple enough. On February 27 each year, everyone is encouraged to make a show of public support for term limits.

This can be as simple as posting a term limits sign in your yard or wearing a term limits t-shirt or hat on term limits day, February 27. We’ll be facebooking, tweeting, and promoting videos on social media using the hashtag #TermLimitsDay to send a message to remind our Federal and State representatives that the masses support term limits. Remind the politicians that our support is not passive. We expect action from our representatives, and we EXPECT IT NOW.

February 27 was chosen among other clever ideas after a public discussion among term limits activists across the country, coordinated by none other than the No Uncertain Terms podcast. See www.termlimits.com/podcast.

Here are some ideas for February 27 Term Limit Day activism that were suggested by activists during the discussions leading up to the Term Limits Day announcement:

Be sure to sign the petition at term limits.com so we can send you reminders with important dates to help you celebrate. 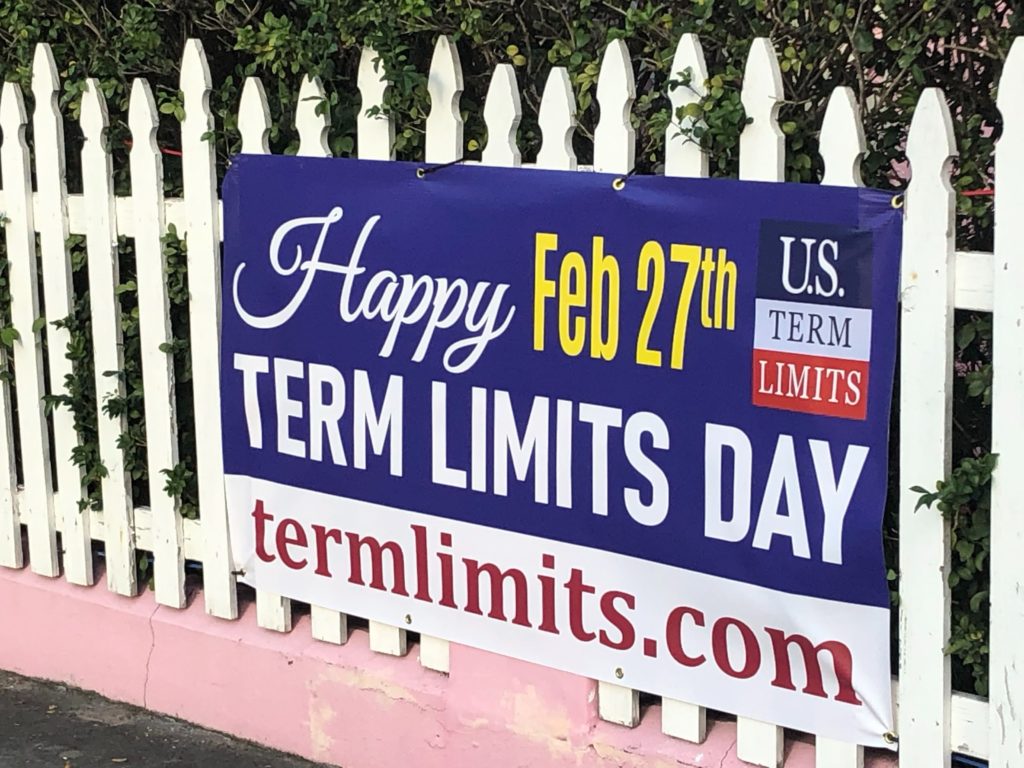 We want to have a huge push on social media and we want everyone to contact your CONGRESS members asking them to cosponsor these bills.

Whatever you decide to do February 27, make sure you document it! Send pictures to termlimitsday@termlimits.com and it will be shared with one-million-plus Facebook followers and might make the cut for the Term Limits Day website used to promote Term Limits Day next year. Be sure to use the hashtag #TermLimitsDay.