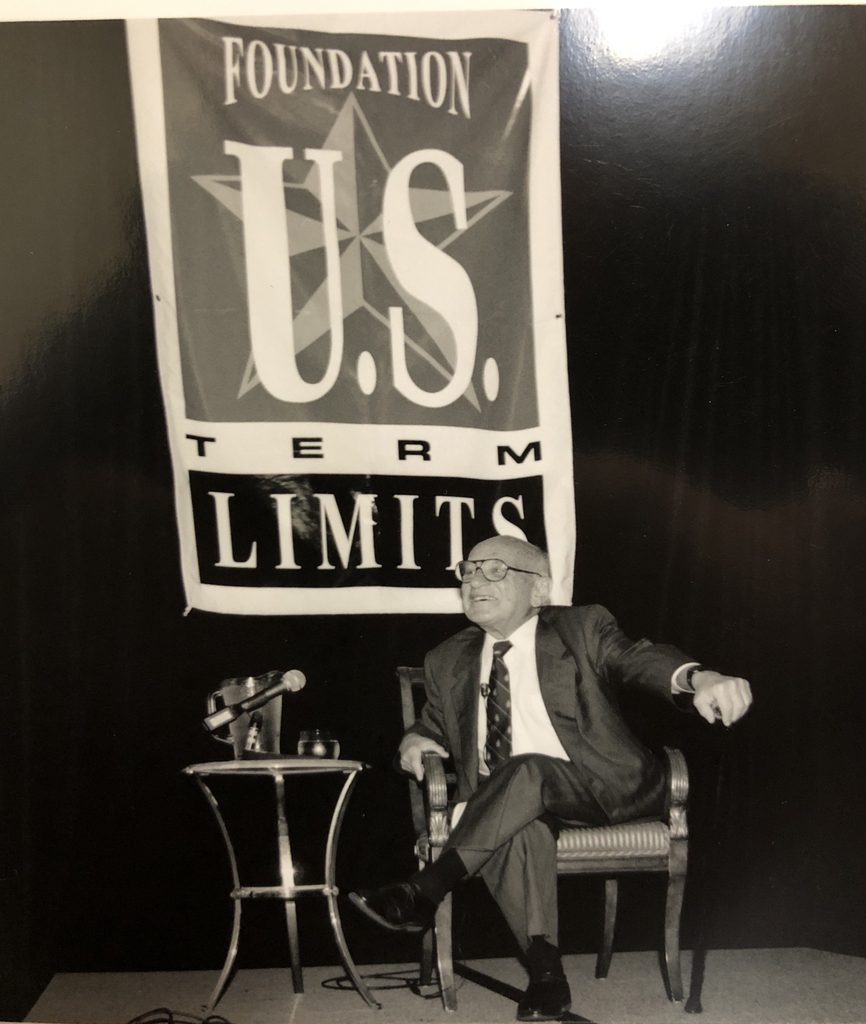 Before the late, great Milton Friedman died, USTL had the opportunity to get to know the man affectionately referred to as “the father of economic freedom.”

A reporter once asked Friedman if Congress could “make his dreams come true” by passing either a balanced budget amendment or flat tax. But Friedman, a Nobel Prize winner, had other ideas.

“The most important reform would be term limits, six-year limits,” he said. “Because from an economic point of view, one of the worst features of our system is that you have a new tax law every year or every two years. However bad the tax law is, if you didn’t change it for five years it would do less harm. Why do you keep changing it? Because that’s the most effective way to raise campaign funds. Lobbyists will pay you to put loopholes in; they will pay you to take them out.”

His comments didn’t get much play, but they were really a smoking gun. While professional politicians were grumbling about term limits, America’s most respected economist was calling it the best reform.

Friedman was a true believer. He went on to headline USTL events, like the one pictured above. He viewed the mess in Washington as a direct result of political self-interest, and term limits as the fix.

It makes one wonder: how many national problems are getting ignored or kicked down the road so congressional incumbents can keep getting re-elected?

From war to entitlements to health care, the possibilities are endless.

As Friedman implied, the dysfunction in Washington is no glitch, but rather, a feature of incumbency. Our country cannot afford to ignore this truth any longer.