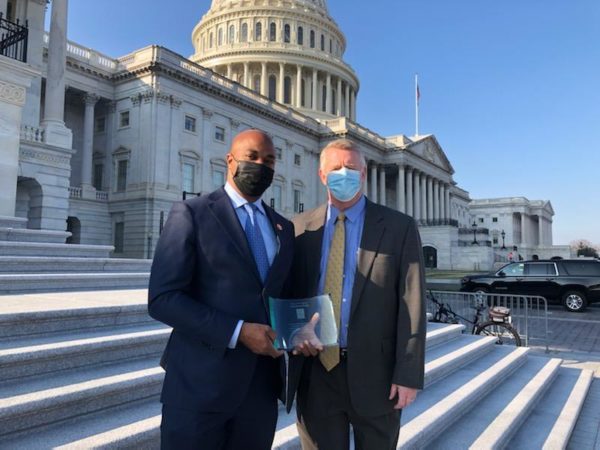 Rep. Hall was elected in a December 2020 special election runoff to fill the remainder of Rep. John Lewis’s term representing the Atlanta area district. Lewis, a civil rights activist, died earlier this year at age 80 after serving thirty-three years in Congress. Hall signed the pledge in October promising to support term limits after neither of the contenders earned 50% of the vote in the September contest. Last week, Hall was honored with a term limits award presented by USTL board member, Paul Jacob.

Hall joins 56 of his fellow Congressmembers who signed onto this bipartisan resolution. They are:

According to the last nationwide poll on term limits conducted by McLaughlin & Associates, term limits enjoys wide bipartisan support. McLaughlin’s analysis states, “Support for term limits is broad and strong across all political, geographic and demographic groups.  An overwhelming 82% of voters approve of a constitutional amendment that will place term limits on members of Congress.”