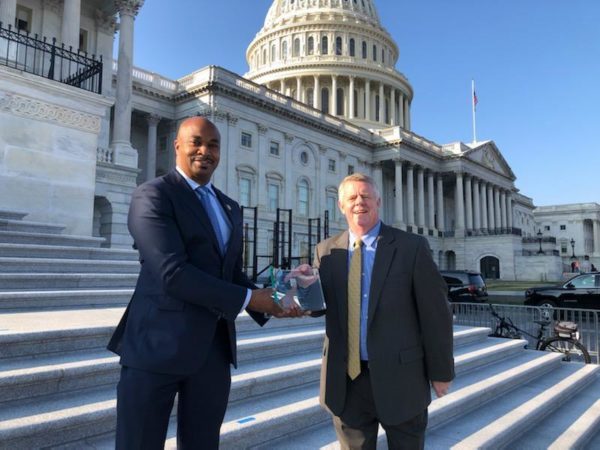 Washington, D.C. — Today, U.S. Term Limits (USTL), the nation’s largest pro-term limits group, honored newly elected U.S. Representative, Kwanza Hall, a member of the Democratic party from the Atlanta area. The award recognizes “a steadfast commitment to restore citizen government through term limits.” It is presented to legislators who have taken a strong stand on the issue.

Paul Jacob, on the USTL Board of Directors, presented Hall with a plaque at the U.S. Capitol honoring him for signing the term limits pledge. Rep. Hall vowed that, as a member of Congress, he will cosponsor and vote for the U.S. Term Limits Amendment of three (3) house terms and (2) senate terms and no longer limit. Hall won in a special election to fill the seat of deceased civil rights activist Rep. John Lewis.

Jacob commented on Rep. Hall’s pledge saying, “Kwanza’s support of term limits shows that Congress members from both sides of the aisle are ready to add a term limits on Congress amendment to the U.S. Constitution.” 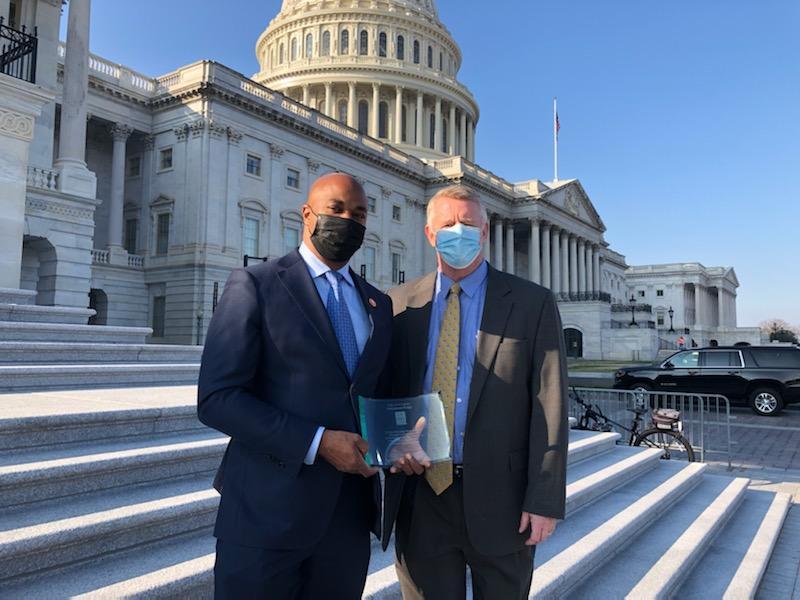