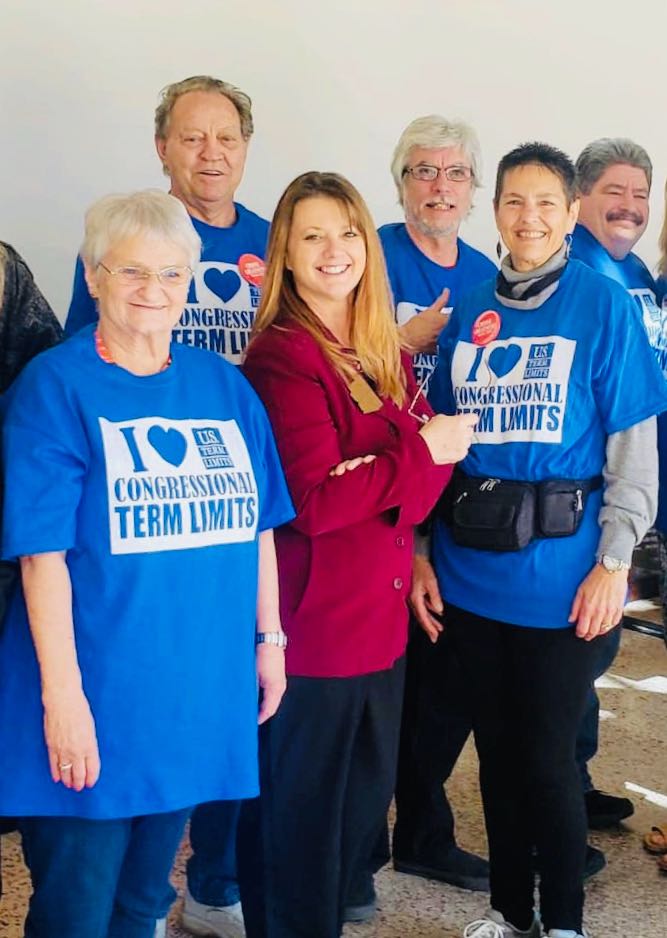 Phoenix, AZ –  U.S. Term Limits (USTL) commends the Arizona House Federal Relations committee for passing a resolution to term limit Congress. HCR 2016, has the backing of at least 21 lawmakers in the Arizona State Legislature who pledged to support the initiative.

Through Article V of the U.S. Constitution, 34 state legislatures can team up for a convention to propose a congressional term limits amendment to the Constitution.

Sponsor Rep. Kelly Townsend commends her colleagues for passing the resolution. “It is high time that the people and the States take advantage of Article V of the U.S. Constitution and bring our Congress back under control,” says Townsend.

Executive Director for USTL, Nick Tomboulides notes, “More than 82% of Americans have rejected the career politician model and want to replace it with citizen leadership. The way to achieve that goal is through a congressional term limits amendment. The Arizona lawmakers who signed our pledge know this and are willing to work to make sure we reach our goal.”

There are fifteen states that have passed resolutions for a national amendment proposal convention specifically naming term limits in the subject. In a divided political climate, term limits for Congress is the one true, non-partisan issue that both President Trump and former President Obama have publicly endorsed.

The next stop for HCR2016 is the House Rules committee which is yet to be scheduled.

View the text of the resolution here.