source: Heads of the Local State: Mayors, Provosts and Burgomasters Since 1800, J Garrard 2007 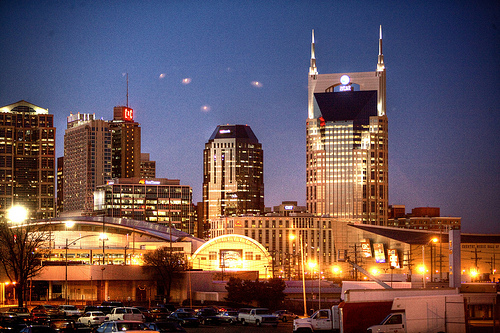 Eight is ENOUGH for Metro Council

Since the Metro voters approved eight-year term limits on the Metro Council in 1994, politicians on three separate occasions have placed on the ballot the weakening or abolishing of eight-year term limits and each time the voters told them no.
They’re back again in 2016. Councilwoman Emily Evans in 2014 tried to lengthen the Metro Council’s terms by petition, but failed to collect enough valid signatures to put it on the ballot.
This time she’s joined by Councilman Ronnie Steine who is pushing for a charter amendment within the council.
There is no clamor from Nashville voters for this move.  Meanwhile elsewhere in Tennessee, voters continue to establish new 8-year term limits like in Crossville where an overwhelming 79% of voters enacted term limits on their city council and mayor. In 2012, Knox County voters defended their 8-year term limits with 86 percent.
Here’s how you can help:

In November 2014, Palm Beach Gardens voters went to the polls to send a decisive message: “it’s time for term limits!” With historic turnout, nearly 80 percent of Gardens voters said “yes” to enacting a two-term, six-year limit on members of the City Council. In a separate ballot question, 68 percent of voters said the new limits should apply retroactively to current Council members.

This was a big deal. Not only did voters want to implement fresh faces and perspectives on the Council; they wanted those changes to take place as soon as possible. But, as is true with most politicians and term limits, members of the Council won’t go down without the fight.

Only six months after the term limits were passed into law — and before they’ve even been implemented – the Mayor and other members of the Council are already scheming to repeal the people’s new law. It’s a brazen move that, if anything, only proves voters 100 percent correct for not trusting Gardens’ politicians.

Even Joe Russo, the most tenured member of the Council, has called this attack “a slap in the voters face” and asked his colleagues how citizens could ever have faith in leaders who ignore them.

Now is the time to take action before the City Council launches a power grab against the people’s term limits. Here’s how you can help:

Thank you for your support of term limits in Palm Beach Gardens!

In order to reach the 6,000 signatures necessary for ballot access, the group is going to need your help.