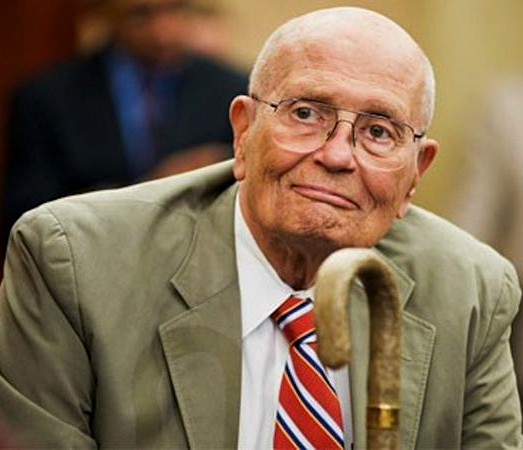 A: U.S. Representative John Dingell, from Michigan, is the longest-serving member of Congress in U.S. history.

The lawmaker retired from the U.S. House of Representatives in 2015 at the age of 87 after serving since 1955. Dingell holds the record for longest serving member of Congress at 59 years, 21 days. That’s 30 terms in office.

Dingell retired in January 2015. “I’m not going to be carried out feet first,” Dingell said. “I don’t want people to say I stayed too long.”

The office is currently held by his wife, Debbie Dingell who succeeded him. This means that the southeastern Michigan area has been represented by a Dingell since 1933 (85 years).