Aside from $174,000 starting salary for a job with up to 230 days off, current and alumni members of Congress get several additional elite perquisites. While many of the following services are free, some require nominal fees (which are much lower than the cost “average” Americans would pay) because the perqs to Congress are subsidized by taxpayers. They’re so sneaky about costs that allocations are sometimes buried in various budgets making them tougher to find than nuclear codes! Also, it seems that finding images of many of these facilities is nearly impossible…must be some sort of sworn code of secrecy.

Here are the top 10 congressional perqs: 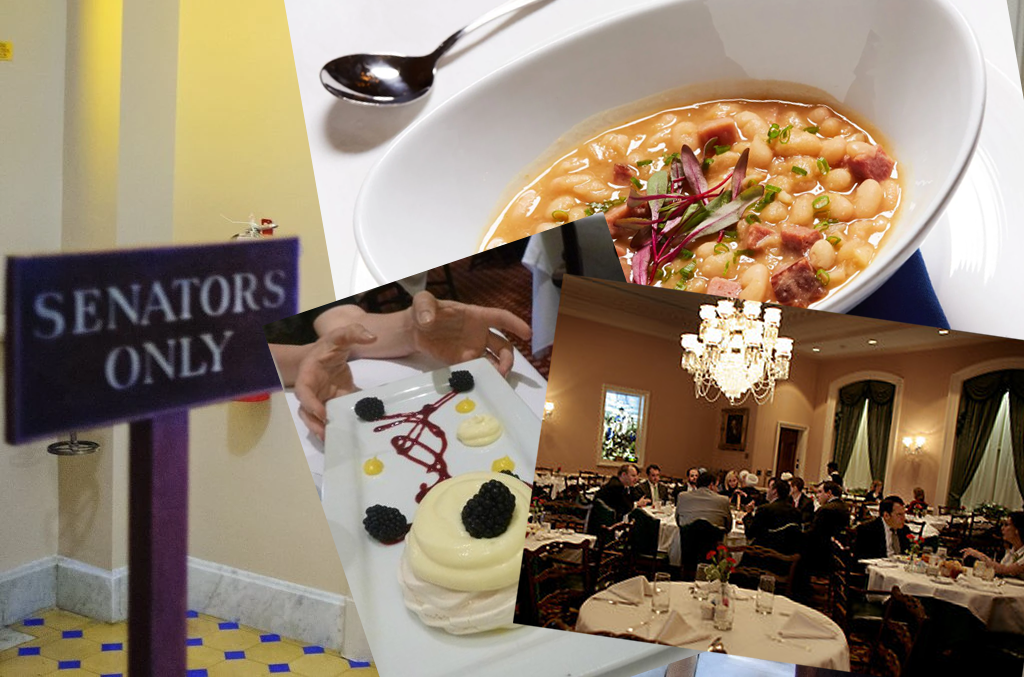 The senate dining room is definitely NOT your typical corporate cafeteria. The website for the elite establishment declares that the “menu embodies the prestige expected by its members.” Even a fairly recent report of Congressional Research Service admitted  the members’ dining rooms “provide an ambiance not typically found in workplace eateries.” 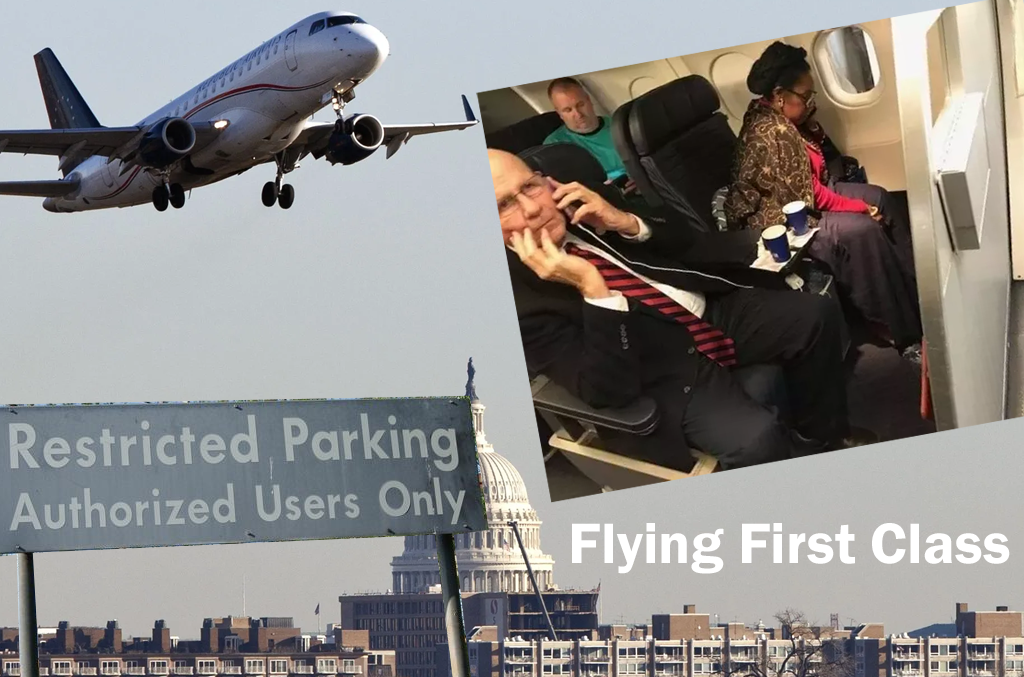 Did you know that Congress members get free preferred airport parking spaces at both Regan and Dulles International Airports? Airlines also permit members to reserve first class seats on multiple flights but only pay for the trips they take. Knowing how the airlines often double-book seats, perhaps that’s the true reason Rep. Sheila Jackson Lee booted a public school teacher from her first class seat in Dec. 2017. Definitely not a perq afforded to the typical business traveler. Attempts to ban members of Congress from buying first-class airfare with taxpayer funds fell on deaf ears. 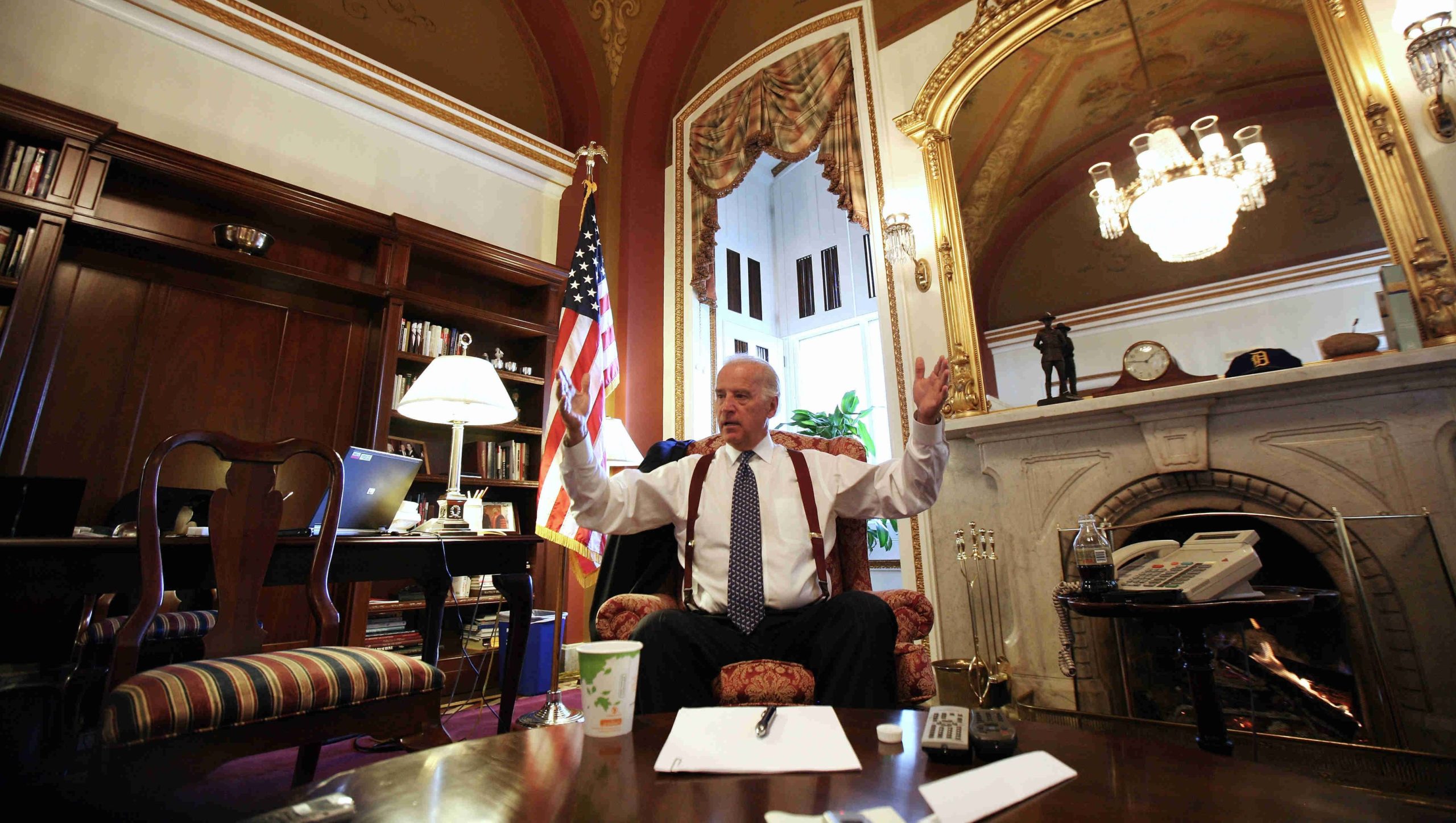 Each Senator is authorized $40,000 for state office furniture and furnishings. That’s just below what the average American worker earned last year. Compare that to the median HOUSEHOLD income of $56,516 (2015) and you’ll see why senators have a superiority complex. 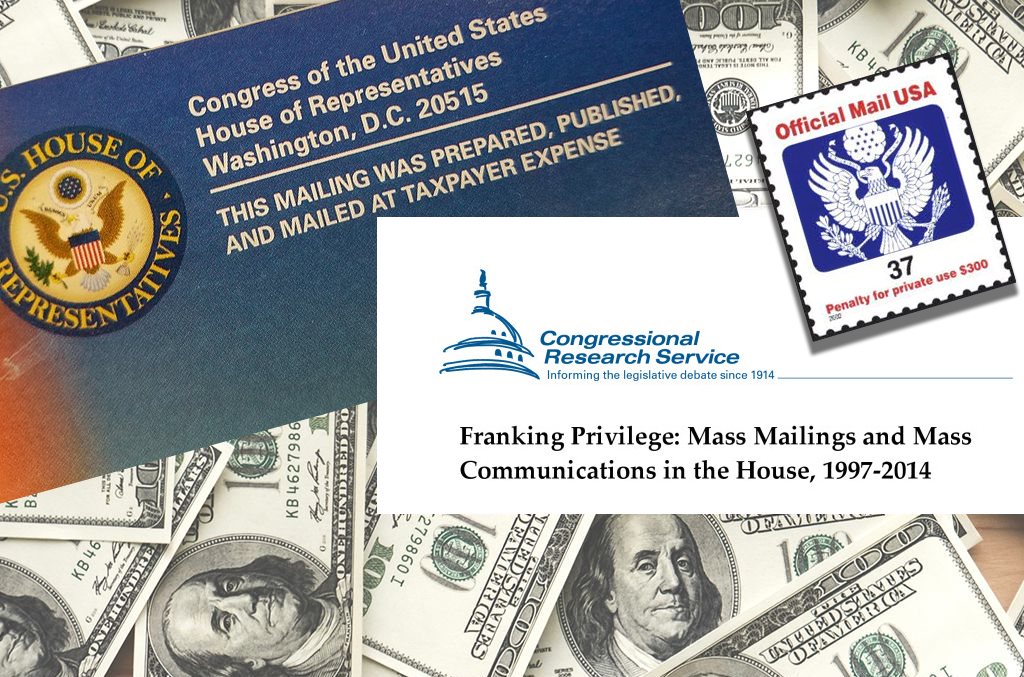 Budgets allow that $50,000 per fiscal year may be spent by each member for mass mailings also known as the “franking privilege.” This provides a distinct advantage to incumbents as they can use these funds for campaign style mailers while running for re-election… all under the guise of congressional business. While on the topic of re-election, incumbents also get party backing which gives them access to valuable data, money, and additional resources challengers just don’t get.

A $1.2 million to at least $3.3 million per year (I’ve seen reports upwards of $4 million as well) expense is allocated to each member of Congress. This covers staff salaries, food, and travel expenses but still, when’s the last time you spent $3.3 million a year? 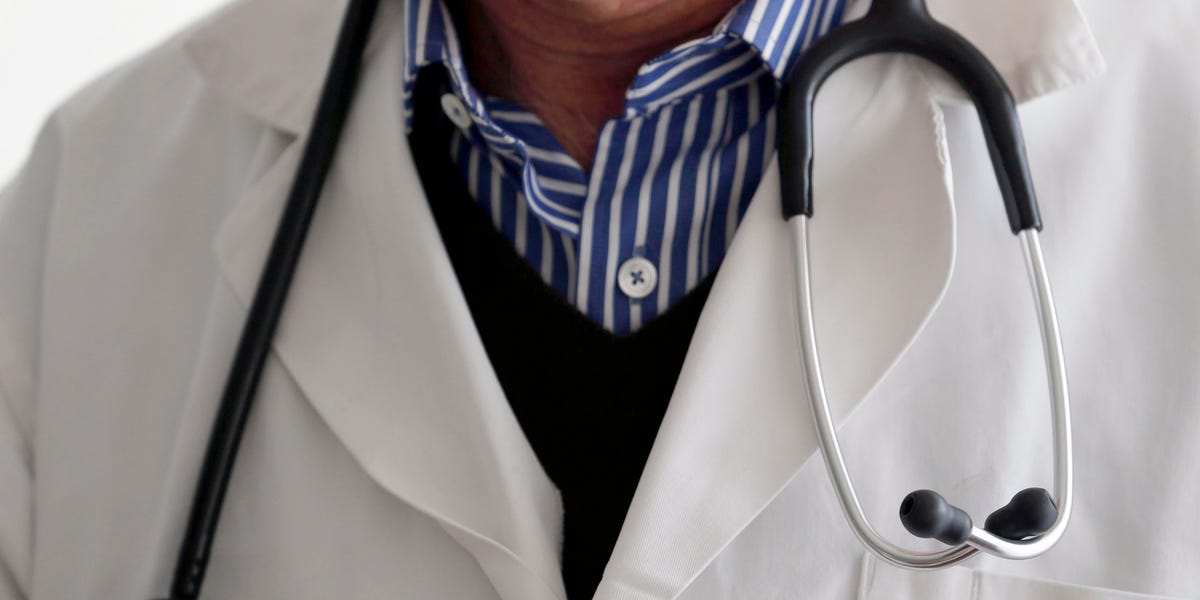 While Congress doesn’t get free medical insurance, they do have access to a gold-level Obamacare policy and receive federal subsidies that cover 72 percent of the cost of the premiums. Amidst a healthcare crises, Congress members may also avail themselves to inexpensive to free routine exams, private emergency medical assistance, labs, and more provided by the Office of the Attending Physician as well as free medical outpatient care at military facilities in D.C. 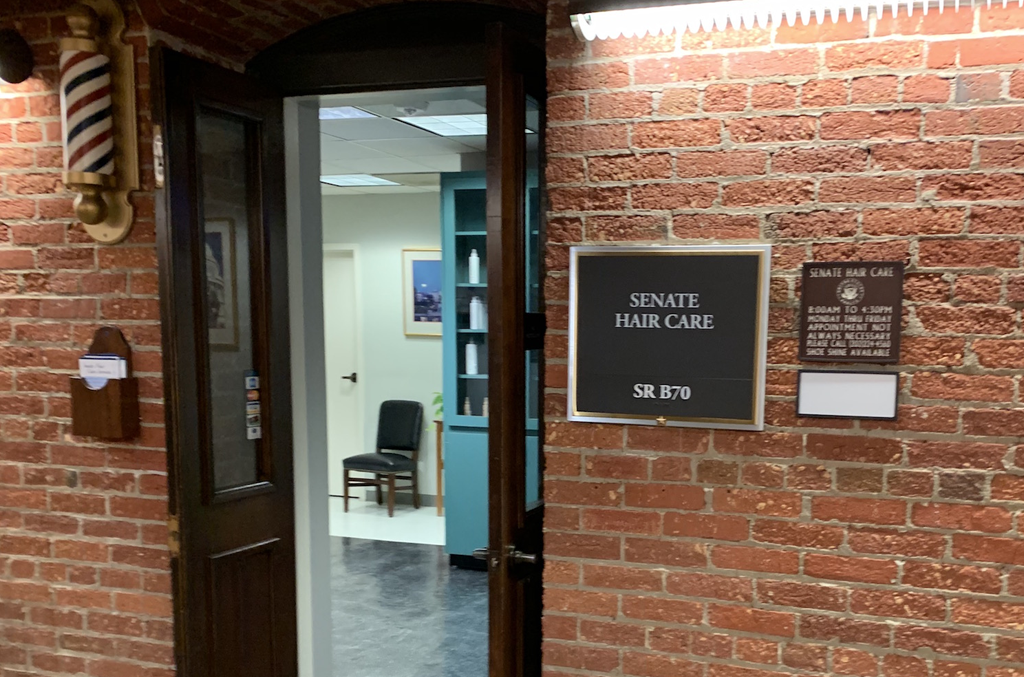 Among the country club environs, Congress gets a taxpayer funded state-of-the-art, ultra-exclusive “Wellness Center” which costs them around $20 per membership in addition to a “senators only” indoor tennis court. According to an article by ABC news, there is no public transparency for costs to build, renovate or maintain the gym because facility fees are intentionally obscured in varous budgets. In addition, Senate Hair Care Services is the longstanding taxpayer-subsidized barbershop and salon.

According to the report, “You get the feeling like they just don’t get what’s going on out there in the real world when they have all these perks at their fingertips,” Leslie Paige, a spokeswoman for the watchdog group Citizens Against Government Waste, told ABC News. “The gyms and the hair care and all the parking facilities that they have … they’re really living a different life than the average American.” 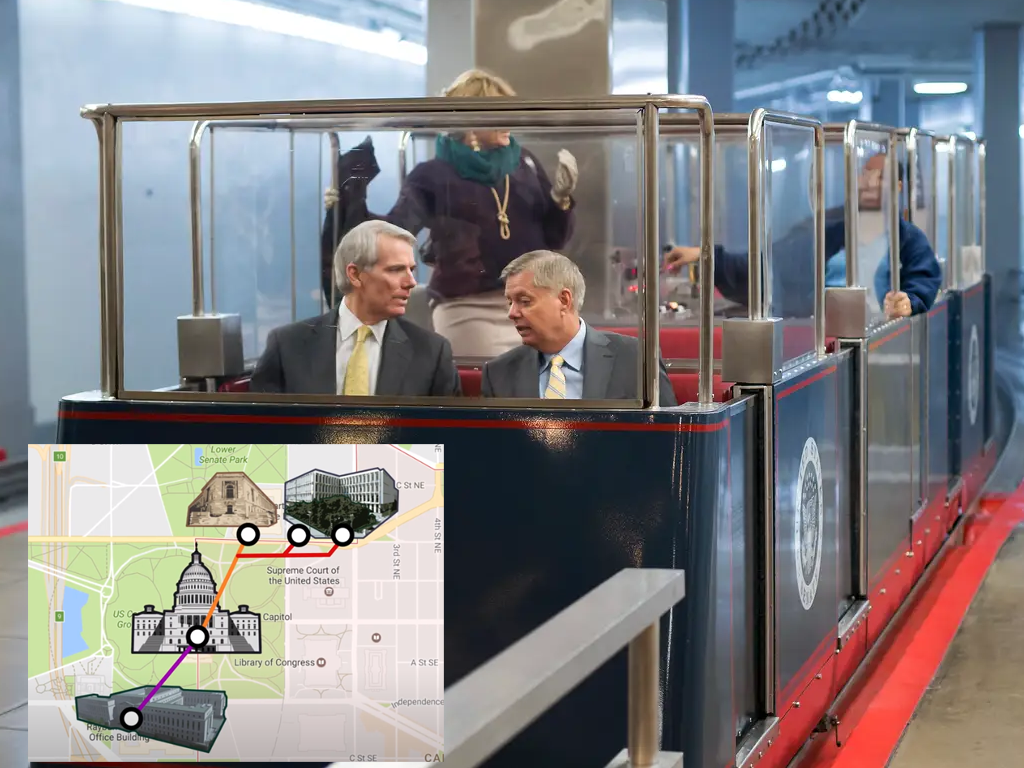 Beneath the Capitol is the United States Capitol Subway System, an underground city so that lawmakers don’t have to walk outside to get to their offices across the street. It even comes equipped with a handy dandy private subway car. Members of the public may tour the system only when escorted by a staff member with proper identification. The subway travels from the Capitol to the Russell Hart and Dirkson Senate Buildings, just 2/10s of a mile away. The Rayburn House Building is slightly further at 3/10s of a mile away.

Depending on age and length of service, Congress members may receive up to 80% of their pay in a lifelong pension program. 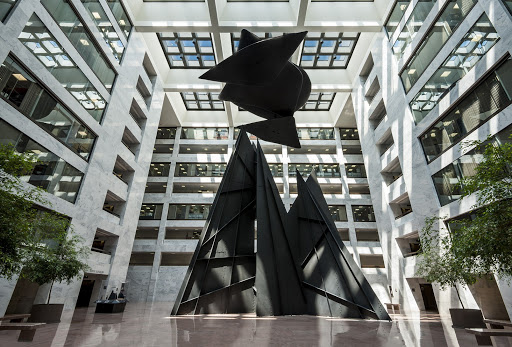 Not only is the Capitol Building part of the congressional office… but there are other buildings that comprise the legislative complex: three  senate buildings: the Russell, Dirkson and Hart Buildings and three House buildings: the Rayburn, Cannon, and Longworth Buildings. The most recent addition, the Senate Hart Building, is a modern collossal complete with a ginormous Alexander Calder masterpiece. The cost for this sculpture and mobile was a whopping $650,000.00 in 1976. Adjusted for inflation, that is equal to $3,009,605.41 in 2020.

A death benefit of 1-year’s salary for “next-of-kin” if a member dies while in office. No wonder Congress looks like a retirement home. There is no incentive to leave office even if you’re on Dementia meds or have to get wheeled to your chambers. There have been a few resolutions filed in Congress to stop this practice over the years. Not surprisingly, the efforts died on the calendar.

And there you have it. The top 10 lavish perqs of Congress members and the reasons why they simply can’t empathize with the average American.