The issue of congressional term limits played a massive role in Louisiana’s legislative elections Saturday. After a $500,000 statewide voter education effort from U.S. Term Limits (USTL) in 15 districts, nine signers of the USTL pledge won their primaries, including one who defeated an incumbent. Additionally, two pledge signers have advanced to runoffs on Nov. 16. This effort makes U.S. Term Limits one of the Louisiana’s biggest spenders on voter education in this year’s election.

The winners had all signed the following pledge:
“I, _________, pledge that was a member of the state legislature I will cosponsor, vote for, and defend the resolution applying for an Article V convention for the sole purpose of enacting term limits on Congress.”

The voter education efforts from U.S. Term Limits included mailers comparing incumbents to dirty diapers, which said “politicians and diapers need to be changed often and for the same reason.” U.S. Term limits also utilized digital ads and mailers to thank the candidates who had signed the pledge.

“82 percent of Americans support term limits for Congress. We are proud of our effort to show voters who does and does not support term limits,” said U.S. Term Limits Executive Director Nick Tomboulides. “We look forward to doing more in the future until the congressional term limits resolution passes in Louisiana.”

*Patrick McMath signed the pledge after the Saturday primary. 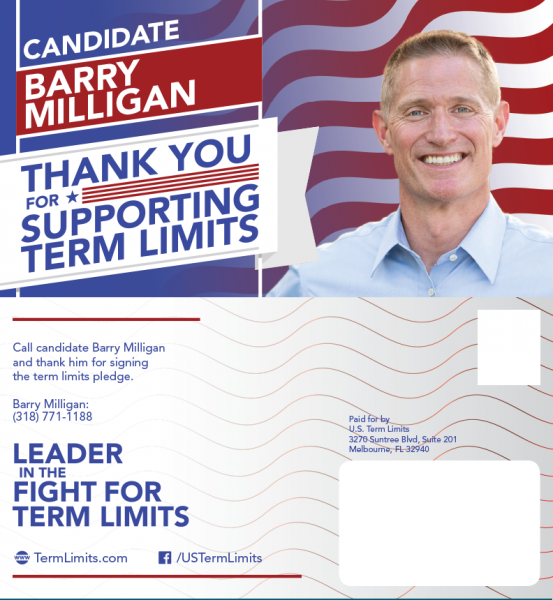 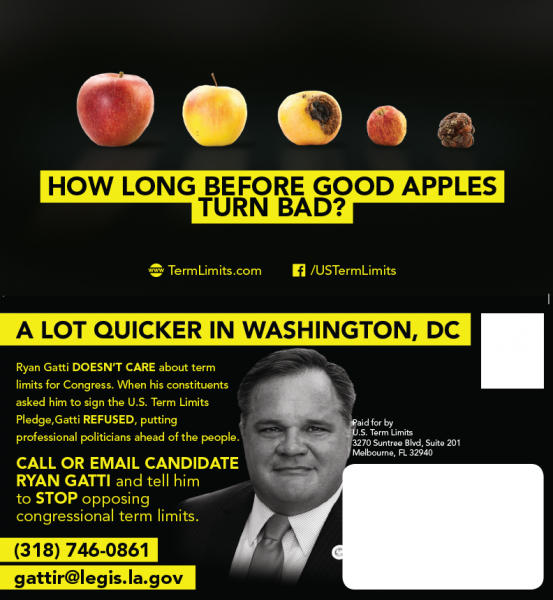 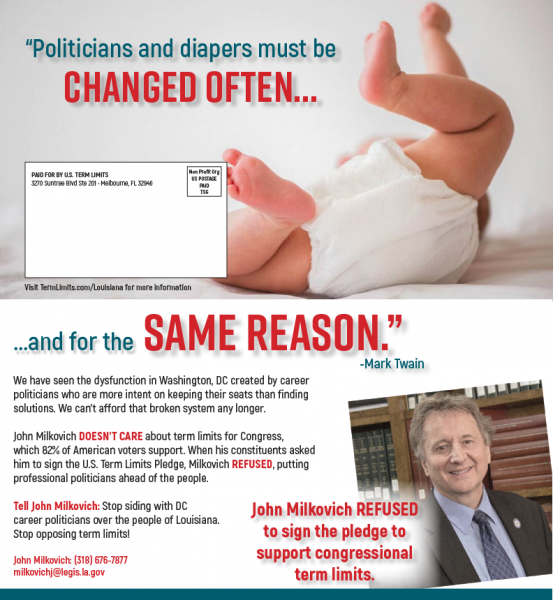 U.S. Term Limits is the oldest and  largest grassroots term limits advocacy group in the country. Our goal is to educate and connect term limits supporters with their legislators as we work to pass term limits on all elected officials, particularly on the U.S. Congress. Find out more at termlimits.org.