The Trojan Horse will be arriving at the following stops Friday, October 30, along with a spokesperson for the campaign, which is led by Arkansas Term Limits and Protect AR Voices. 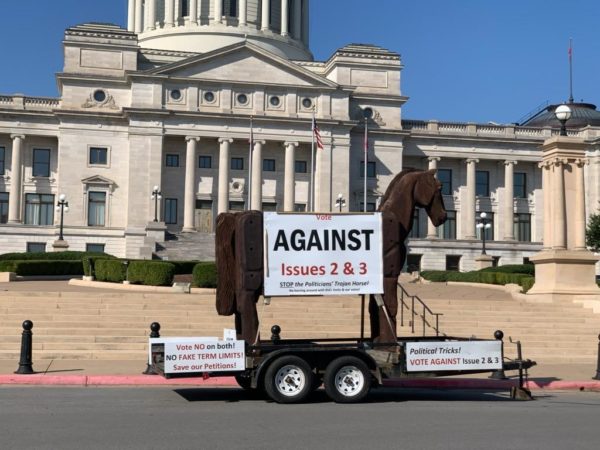