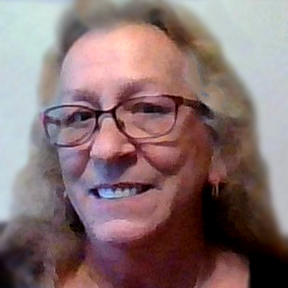 Upon retirement, she was instrumental in starting the first civilian contract guard security force for the Naval Support Activity Mid-South Millington, TN. She moved on to Chemring Group PLC, Kilgore Flares in Toone, Tennessee for 7 years where she served as Facility Security Officer. There she was responsible for all of the security requirements on the 500 acre Government Contracting Facility, including physical security, ATF requirements for explosive storage and handling, security clearances, access control, and information security and systems. McFarland obtained and maintained the highest possible security ratings for the facility per the Department of Defense’s requirements.

After working for the U.S. government for 30 years, she branched out on her own operating a successful professional dog grooming, training, and boarding establishment. She retired from that August 2019 and is now excited to serve as Tennessee state director for U.S. Term Limits.

Kim is extremely excited to join U.S. Term Limits and when asked about the opportunity she elaborated, “I have the skillset to get this type of job done.  I had been looking for a service opportunity and Term Limits allows me to give that service. I am passionate about cleaning up our Government and taking care of it as well.  There is a lot to do and I am ready to get to work.”

As state director, McFarland is responsible for introducing the U.S. Term Limits resolutions in the Tennessee state legislature by securing sponsors and identifying term limits champion lawmakers who will shepherd the measure through to a successful conclusion. McFarland is also tasked with directing the grassroots leadership teams who will engage volunteers and work to create opportunities for candidates and legislators to sign the term limits convention pledge as a key part of the overall strategy.

If you live in Tennessee and are looking to volunteer for this largely popular grassroots effort, please visit termlimits.com/volunteer/