So you’ve decided to sign the U.S. Term Limits (USTL) Pledge. Congrats! Term limits is the most popular issue in America (82% support) and is sure to give your campaign a big boost. Due to IRS and FEC rules, it is your campaign’s responsibility to organize, host and pay for a term limits signing event. This includes travel and lodging expenses incurred by the USTL representative. 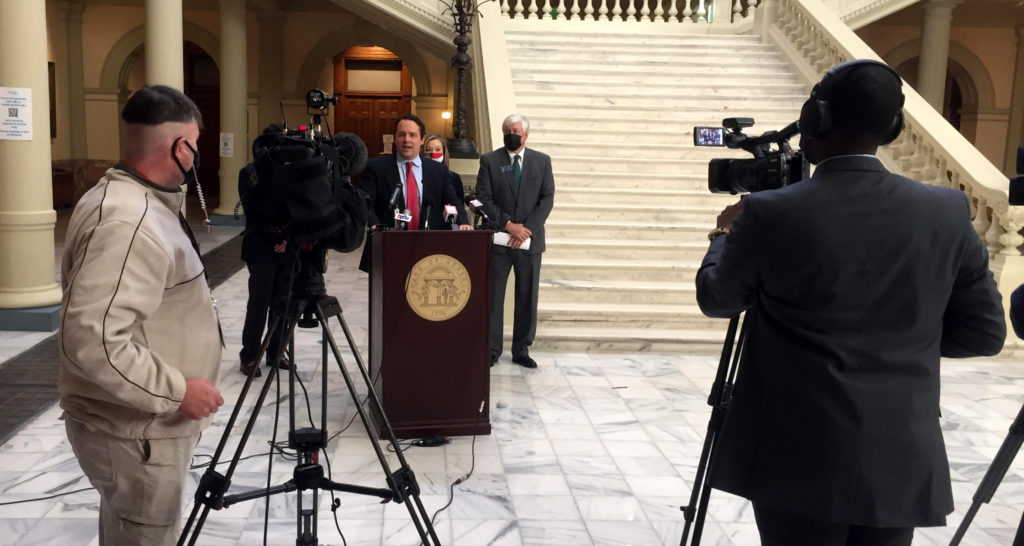 Don’t we already have term limits? It’s called elections.
It would be great if we could just vote the incumbent out. The reality is that congressional members have an insurmountable advantage of power and money that virtually guarantees a lifetime of re-elections.

If I sign on to term limits, must I term limit myself?
No. This is not a self-limit nor a call for term limits on state legislatures. This is term limits for career politicians in Washington, D.C. Our goal is to implement compulsory term limits NOT voluntary term limits.

Wouldn’t supporting Congressional Term Limits put inexperienced officials in charge?
With term limits on Congress, more seats could be filled with experienced state and local legislators as well as citizens from within the communities represented.

Won’t term limits hurt my state?
Term limits level the “seniority” playing field so that the balance of power is more equal to all states. Leadership positions will be based on merit instead political favors and corruption.

My state doesn’t term limit its legsiatlure. Won’t I look like a hypocrite?
Alambama passed our term limits Article V application and they do not have term limits. Many states have a part-time legislature with lower pay than Congress. The lawmakers keep their careers and real-world experience, whereas, Congress members do not. In addition, state lawmakers spend much more time in their districts and are much more accountable living among their constituents. The same is not true for careerist who spend more time in D.C. than they do with the voters in their home state.

How many states have passed this resolution so far?
For the most up-to-date status, read our progress map page at termlimits.com/progress.

What will stop the convention from modifying the rest of the Constitution?
The convention may only propose amendments. Delegates are commissioned by state legislatures to remain within the scope of the application submitted to Congress by 2/3 of the states. States have the power to pass commissioning resolutions that bind the delegates to specific commissions.

Per Article V, to become part of the Constitution, 38 states must ratify the amendment, a fairly high bar protecting our governing document. A convention is just another way to propose amendments. Congress itself has asserted this power for thousands of proposals but only 27 have been ratified thus far.

Why would Congress ever approve a term limits amendment?
Article V was penned by our framers specifically to allow the states to bypass Congress and amend the Constitution without the permission of the federal legislative branch.

Haven’t we already approved term limits as part of another Article V resolution?
Because 34 states must apply with the same language, it is far easier to pass a resolution devoted to a single topic. In some states, the multi-topic resolutions have dropped or have attempted to drop the term limits portion of the bill.

Why isn’t the length of terms specified?
Similar to the above answer, it is easier to garner support if the language of the amendment is up to the delegates of the Article V convention.