Information Meeting on Convention of States in Hartford 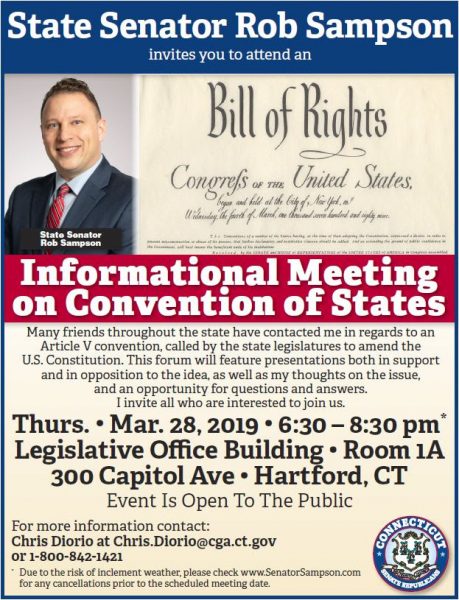 Through a “convention of states,” 34 state legislatures can team up to propose a congressional term limits amendment to the Constitution. The Term Limits Convention initiative is being shepherded by the nonpartisan, nonprofit advocacy organization, U.S. Term Limits.

Representative O’Dea commented on the resolution saying,  “The Founding Fathers never envisioned full-time career politicians and, as the mess in DC has shown, we shouldn’t have them. Term limits are absolutely necessary and, if you ask the politicians off the record, they all agree. I am stating, on the record, that we desperately need term limits, for the good of our country.”

The event is open to the public.