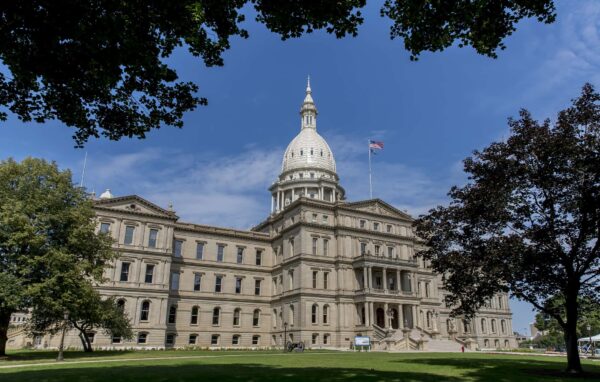 Buckle up, folks, because a group of Michigan career politicians, lobbyists and insiders is launching what might be the biggest anti-term limit scam ever.

The group, which has given itself the Orwellian name Voters for Transparency and Term Limits, is helmed by a who’s who of Michigan power brokers: former Michigan Chamber of Commerce CEO Rich Studly, Wayne State Board Member Mark Gaffney, Detroit Mayor Mike Duggan and ex-House Speaker, now-lobbyist Jase Bolger.

These Lansing insiders have announced a new ballot measure which they claim “reduces overall time in the legislature” by eliminating Michigan’s voter-approved term limits of 6 years in the House and 8 years in the Senate and replacing them with a 12-year limit.

Here’s the problem: This measure truly does the OPPOSITE of what the power brokers claim. It would effectively double term limits for Michigan House members, from 6 to 12 years, while lengthening term limits for Michigan state senators by 50 percent (8 to 12). Essentially, this measure would seize control of state government away from the people of Michigan while handing it over to career politicians. It ought to be renamed The Career Politician Empowerment Act.

The fraud here lies in the difference between the sizes of the two legislative chambers in Michigan. While the Michigan State House has 110 members, the Michigan Senate only accommodates 38. That means, under the current law, the vast majority of Michigan House members who reach their 6-year term limit cannot move to the Senate. There are simply not enough seats for them. So, the proponents’ claim that Michigan lawmakers currently have a 14-year term limit (which would then be “reduced” to 12) is not true.

The practical effect of this change would be to let House members keep power for twice as long.

Even worse, the measure is being presented to voters in the most dishonest and corrupt way possible. If and when it appears on the ballot, it will fail to inform citizens that term limits are being destroyed. Instead, a Michigan voter who walks into the ballot will only see flowery language about “ethics and transparency,” as well as the false claim that this measure would make term limits shorter.

That is by design. The politicians and lobbyists behind this scheme know that, if they were to be honest with voters about their aim of demolishing term limits, they would lose in a landslide. They know they have to resort to smoke and mirrors in an attempt to trick the people of Michigan into voting against term limits. How ironic…advocates for “transparency” are hardly transparent themselves.