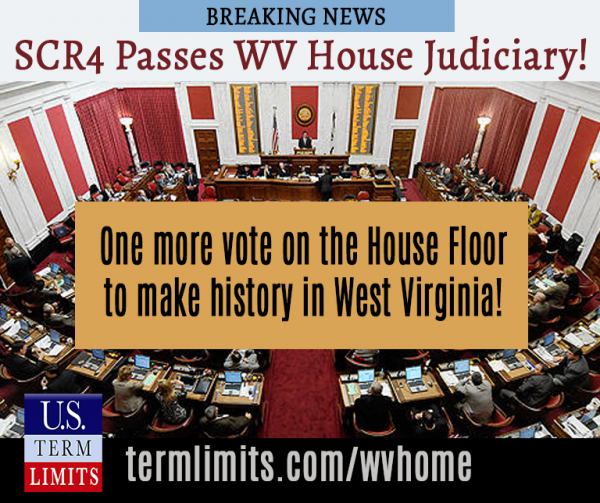 Urge your delegates to vote YES on SCR4 for final passage!
Who wants term limits on Congress in West Virginia?

The question is, who doesn’t? 83% of West Virginia voters polled reported that they support term limits on Congress, including 89% of Republicans, 77% of Democrats, and 88% of Independents. It doesn’t get more unanimous than that on a political issue. Of those polled, 81% also said they would want their state legislators to pass our resolution in order to achieve term limits on Congress. After all, do we REALLY think that Congress will term limit itself? 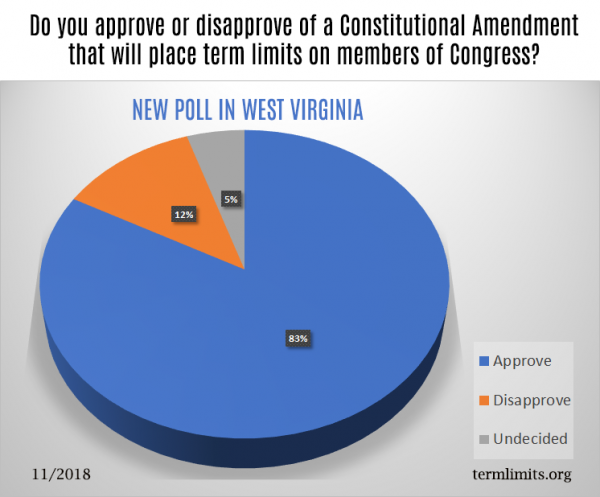 Where do we stand in West Virginia?

In the 2019 legislative session, the U.S. Term Limits resolution was introduced for the first time. On the strength of bi-partisan support, the resolution passed the house by a count of 55-42 with 3 absent who each had pledged to vote yes. The resolution turned over to the senate, where on the last day of session it was brought up consideration on the floor. Unfortunately, Senator Mike Romano chose this opportunity to filibuster and deny an honest up-down vote on the resolution due to his own opposition to term limits. In keeping with the swamp creatures in D.C. we are trying to stop ruining our country, Senator Romano denied the 81% of West Virginians who say they wanted our resolution passed the vote they deserved.

However, we are back in 2020! Our resolution has passed the Senate as SCR4 on January 22ND. We expect a house judiciary committee vote very soon! Once passed that committee we will be up for a full vote on the house floor for FINAL passage!

After passing the senate 20-10 on January 22nd, we have 58 pledges (and counting) of support for the resolution have come in among the sitting members of the legislature, cutting across party lines, uniting legislators in opposition to career politicians in Washington. Now, we look to close the deal by passing the house judiciary committee and house floor. 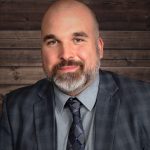 Our lead sponsors are Delegate Jeff Pack in the house and Senator Randy Smith in the senate. Our goal is to pass both chambers of the West Virginia early and swiftly as possible. There are several ways you can get involved immediately! Consider the following action items you can take NOW to lend a hand to the effort:

Where do your legislators stand? Find out and contact them!

Let’s get an early vote for term limits!

Delegate Sammi Brown Broke Her Pledge! Let her know you want her to honor her word!