Charleston, WV — Today, Delegate Jeff Pack introduced HCR22 calling for West Virginia to participate in a national initiative for the states to propose a congressional term limits amendment to the U.S. Constitution. The effort is being spearheaded by the nonpartisan, nonprofit U.S. Term Limits. HCR22 has the bipartisan support of 43 cosponsors in the House.

Delegate Pack commented on the resolution saying, “Its time to drain the swamp of politicians who are out of touch with hard working West Virginians. The best way to do that is by establishing term limits on Congress.” 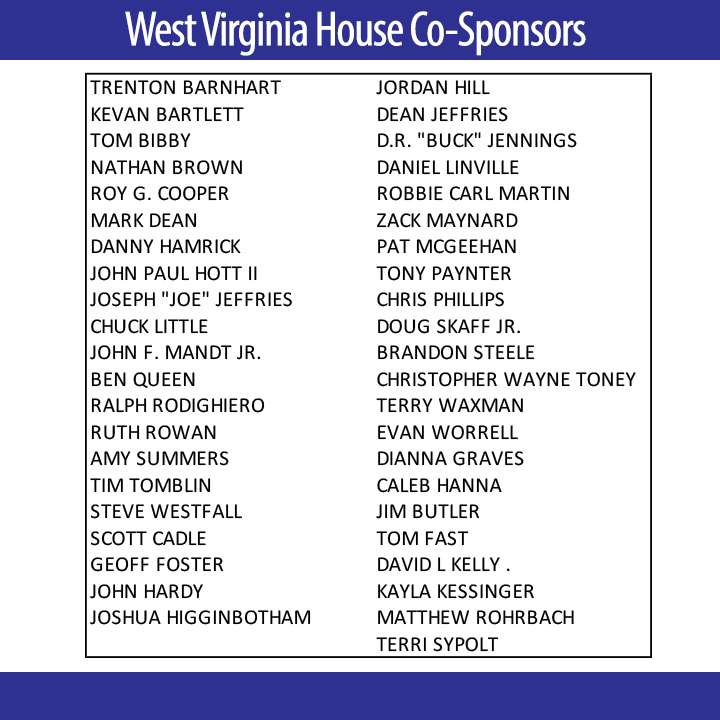 HCR22 is the identical house version of SCR4 sponsored by Senator Randy Smith. SCR4 was voted out of the senate judiciary committee on Monday. It is scheduled to be considered by the full senate on Wednesday. Last year, the measure passed the House but was prevented from receiving a floor vote when Sen. Romano (Clarksburg) filibustered for twenty minutes running the clock out on the last day of session.

Once either version of the resolution passes both chambers, West Virginia will have the distinction of being among the first states in the nation to file an application for the states to convene for the exclusive purpose of proposing term limits on the U.S. Congress. When 34 state legislatures pass similar resolutions on the topic and subsequently approve the term limits amendment, it must be ratified by 38 states to become part of the U.S. Constitution.

U.S. Term Limits is the oldest and largest grassroots term limits advocacy group in the country. We connect term limits supporters with their legislators and work to pass term limits on all elected officials, particularly on the U.S. Congress. Find out more at termlimits.org.