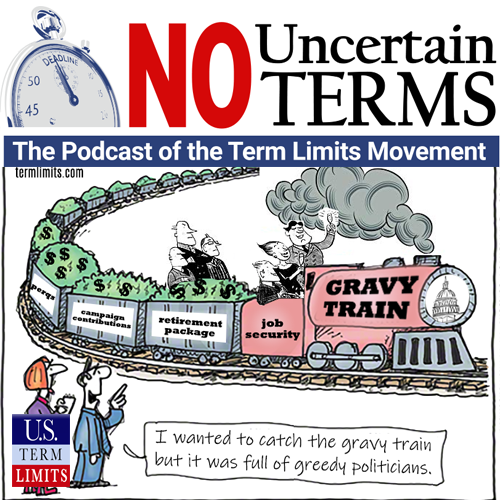 There are a lot of activists in the field and getting petitions signed during this election cycle. Among those signers, there are many incumbents and co-sponsors. The more times a candidate is asked to sign the pledge, the more likely they are to actually sign. Constituents can be a big help in their state with getting their legislator (both federal and state lawmakers) to sign the pledge. https://www.termlimits.com/pledge/ or contact Scott Tillman, National Field Director at stillman@termlimits.com

14:11 When Voters are Away, Politicians will Play — Nick Tomboulides

Nick Tomboulides, was recently at a state government’s event in Westchester, a forum that helps network, develop and collaborate problem solving partnerships.  It’s just a big party for politicians and taxpayers are paying for it. In exchange for pretending to care about key issues, these elite legislators get wined and dined. For example, five-star cuisines, VIP tours, and more.  With perqs this sweet, can you blame them? They take advantage of the title “Representative”. Do you think it’s out of control? Send an email to ntomboulides@termlimits.

16:11 –Do the incumbents live up to the term limits pledge? — Philip Blumel and Scott Tillman

Majority of signers co-sponsor, there is a state effort to work on Article 5,  https://www.termlimits.com/article-v/

When 2/3 of states pass a resolution,  34 states would be asking for this amendment called the term limits convention amendment. This amendment will continually progress throughout the upcoming elections. Check back on upcoming episodes to get an update.