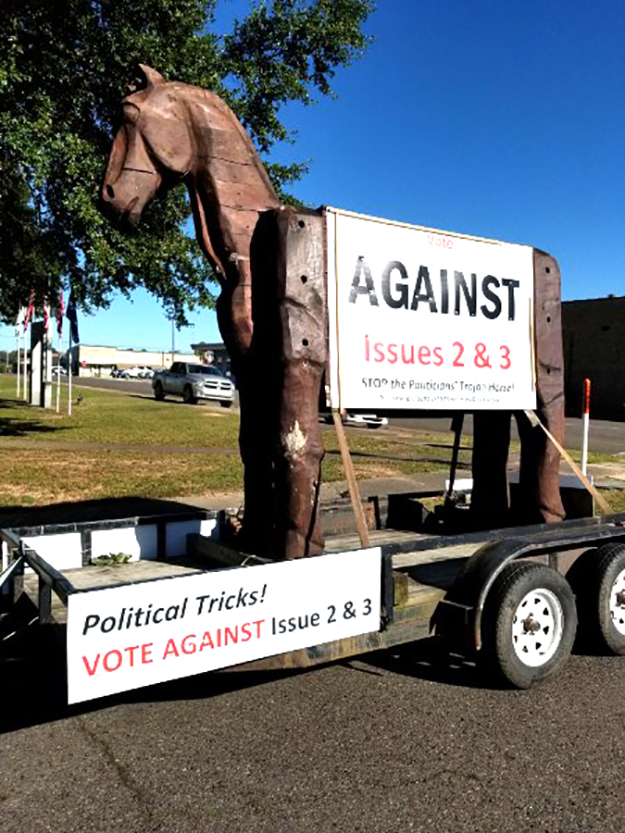 The “Vote AGAINST Issue 2 and Issue 3” campaign will bring a rather large Trojan Horse to Fort Smith, Fayetteville, Bentonville and Rogers, Arkansas. The 10-foot tall carved wooden creature illustrates that Issue 2 and Issue 3 are sneaky, dirty tricks by politicians in the legislature meant to make fools of Arkansas voters.

The Trojan Horse will be arriving at the following stops Monday, October 19, along with a spokesperson for the campaign, which is led by Arkansas Term Limits and Protect AR Voices.