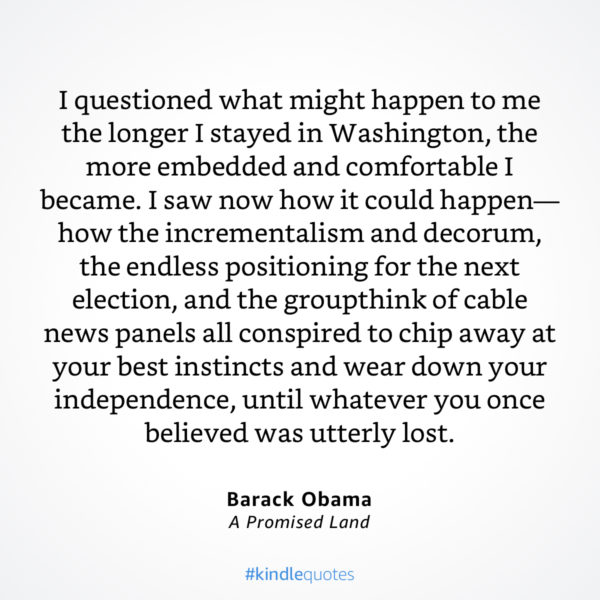 Often times when talking about politics, we put party and ideology before everything else. We hardly come together in agreement on issues, and just scoff at the idea that someone from the opposite side of our ideological beliefs could be anything less than the worst possible thing for our country. We forget that we have far more common ground than we can possibly imagine. One of those nonpartisan, unifying issues is term limits. 82% of Americans from across the political spectrum strongly support the idea that the longer that politicians are in office, the more corrupt they become.

Former President Barack Obama clearly thinks so as well. Not only did President Obama support congressional term limits as president, in his new memoir, A Promised Land, he remarked on the conclusion that all supporters of term limits have: that the longer politicians stay in Washington, the more they move away from why they ran for office in the first place.

“I questioned what might happen to me the longer I stayed in Washington, the more embedded and comfortable I became. I saw now how it could happen-how the incrementalism and decorum, the endless positioning for the next election, and the groupthink of cable news panels all conspired to chip away at your best instincts and wear down your independence, until whatever you once believed was utterly lost.” ~ A Promised Land by Barack Obama

At the time, Senator Obama saw the writing on the wall. He worried that he’d lose himself the longer he stayed in the shining city upon a hill. Then Senate Minority Leader Harry Reid, another member of Democratic Party, saw the phenomenon too, claiming, “Ten more years in the Senate won’t make you a better President… People are looking for something different.”

Yes, sir, we are. And that something is term limits.