The ten winners, which included Republicans and Democrats, had signed the following pledge:

“I, _________, pledge that was a member of the state legislature I will cosponsor, vote for, and defend the resolution applying for an Article V convention for the sole purpose of enacting term limits on Congress.”

The voter education efforts from U.S. Term Limits included mailers comparing incumbents to dirty diapers, which said “politicians and diapers need to be changed often and for the same reason.” U.S. Term limits also utilized digital ads and mailers to thank the candidates who had signed the pledge. Each likely voter of these districts received three different mail pieces, and saw the U.S. Term Limits digital ads an average of seven times.

“82 percent of Americans support term limits for Congress. We are proud of our effort to show voters who does and does not support term limits,” said U.S. Term Limits Executive Director Nick Tomboulides. “We look forward to doing more in the future until the congressional term limits resolution passes in Mississippi.”

Background: Under Article V of the Constitution, states can come together in a convention to propose amendments to the U.S. Constitution. To make it happen, 34 state legislatures must pass resolutions calling for term limits on members of Congress. U.S. Term Limits pledge asks Mississippi legislators to commit their support to passing this resolution in 2020.

*In District 88, both Ramona Blackledge (winner) and Gary Staples (incumbent) signed the pledge 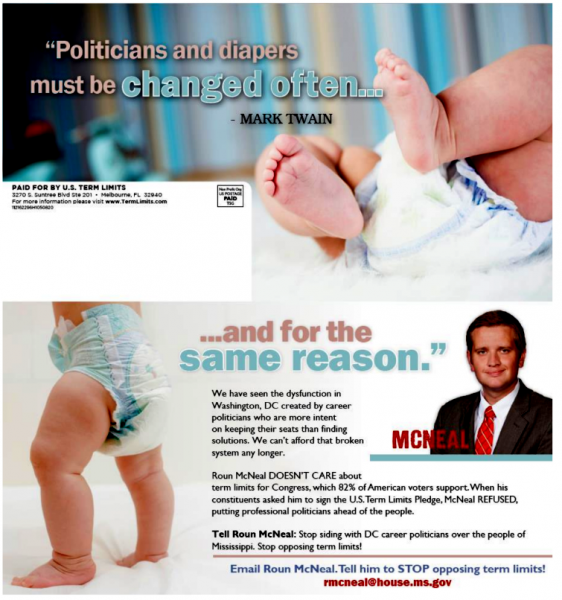 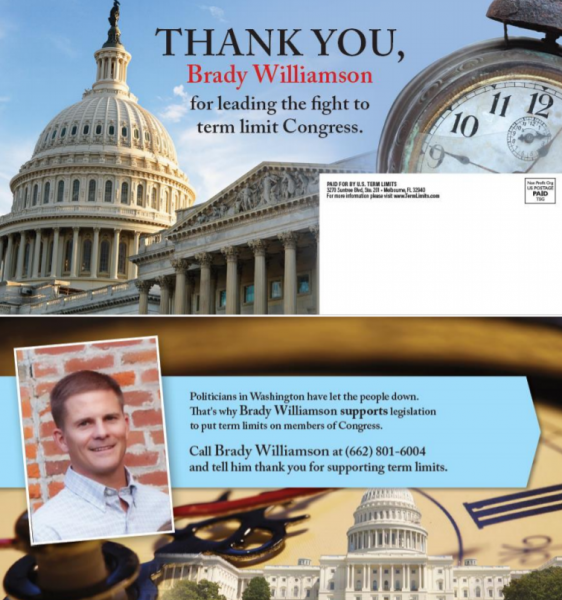 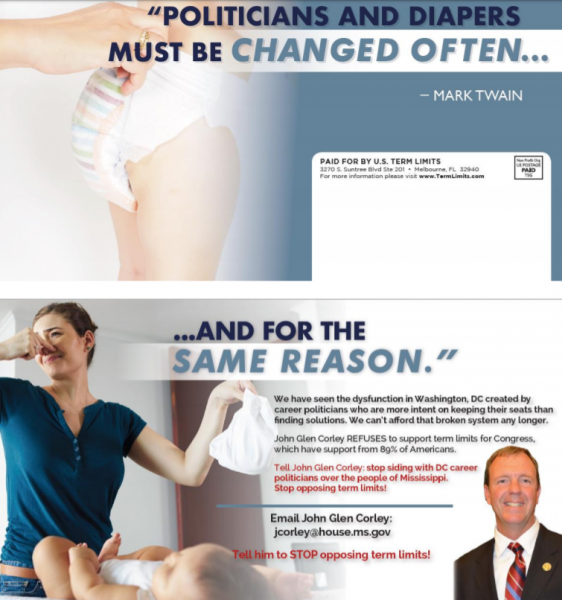