In the aftermath of corruption scandals that sent several Arkansas politicians to prison, a new poll shows overwhelming bipartisan support for tightening term limits on state lawmakers. Even more remarkably, the poll — conducted by Remington Research and commissioned by U.S. Term Limits — shows that when voters hear the opposition’s arguments against term limits, they actually become more supportive of tightening term limits.

The poll found that voters, by a 69-18 margin, support changing Arkansas’ term limits law from the 16-year overall limit established in 2014 to a six-year House limit and eight-year Senate limit with a 10-year overall cap.

The stronger limits are supported by 73% of Republicans, 63% of Democrats and 71% of independent voters. When voters are told that the new limits would be the strictest in America, which is the main argument politicians have made against Issue 3 — 55% become more supportive of the amendment than they already were. Only 26% become less supportive after hearing of the historic strictness.

“These poll numbers are consistent with how voters have felt for decades,” said Arkansas Term Limits spokesman Tim Jacob. “It shows how little regard our legislature had for the voters opinions in their 2014 deception to increase their own time in office.”

Respondents were also confronted with a common objection found within a three-block radius of the State Capitol: that term limits “create legislatures filled with inexperienced and ineffective lawmakers who are easily dominated by savvy lobbyists and bureaucrats at state agencies.” When weighing this claim against the fact that the U.S. president has an eight-year term limit, voters found the lobbyist-bureaucrat argument unpersuasive. 62% said they were more likely to back Issue 3 after hearing it, versus just 23% who became less persuaded.

Finally, voters were asked about the attempt by the state Chamber of Commerce to get Issue 3 thrown off the ballot. By a 60-26 margin, Arkansans believe the Chamber is fighting the initiative to “protect their friends in the legislature” rather than “out of real concern for the voters.”

After considering the arguments for and against Issue 3, support climbed from 69% to 76% among registered voters.

The poll was conducted August 18th through August 19th by Remington Research. The respondents were 1503 likely general election voters. The poll had a margin of error of +/- 2.5% 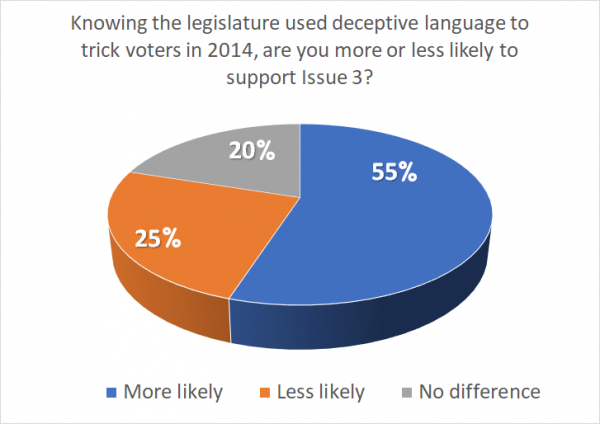 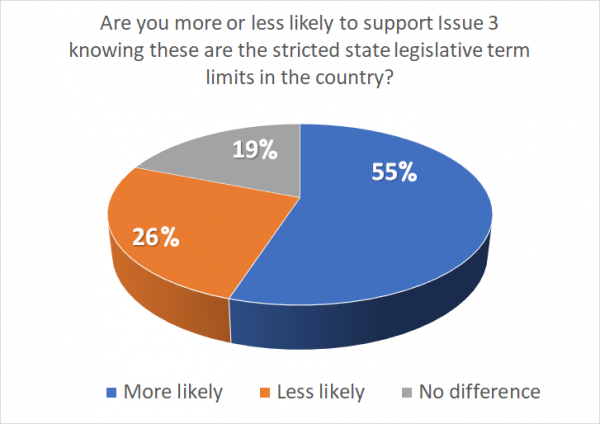 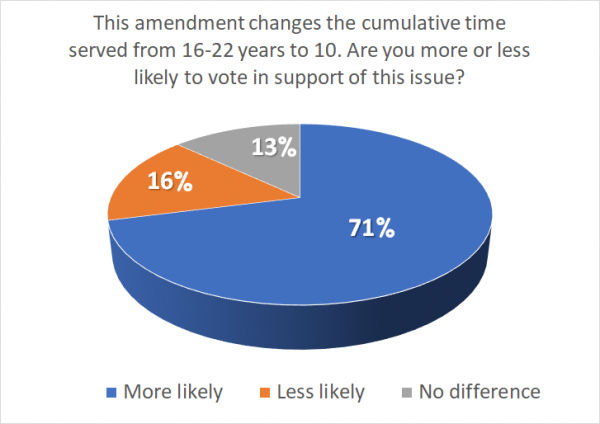