Harrisburg, PA — Pennsylvania Senator Devlin Robinson (district 37) was honored recently for his commitment to supporting a Term Limits Amendment for Congress by signing the U.S. Term Limits Pledge which reads: “I, Devlin Robinson, pledge that as a member of the state legislature I will cosponsor, vote for, and defend the resolution applying for an Article V convention for the sole purpose of enacting term limits on Congress.” 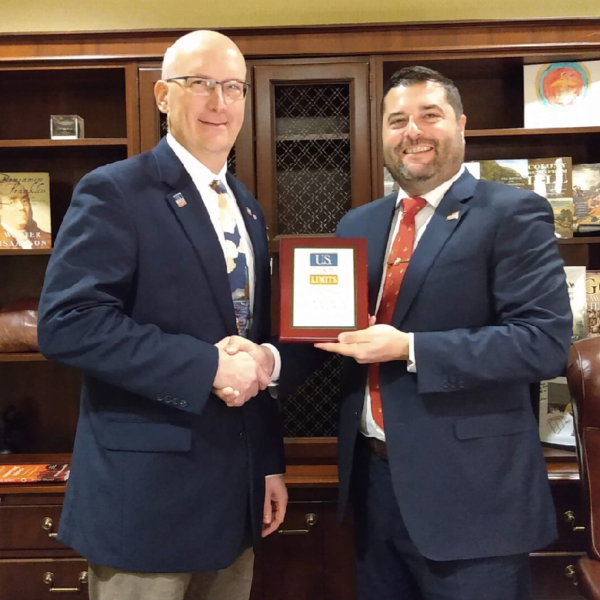 U.S. Term Limits Legislative Advocate, Mike Riley presented him with a plaque at Sen. Robinson’s office in Harrisburg. U.S. Term Limits Northern Regional Director Kenn Quinn commented, “Senator Robinson is a real believer in this reform to have the state legislatures use their authority under Article V of the U.S.Constitution to propose a Congressional Term Limits Amendment.”