Nashville, TN — U.S. Representative Mark Green of Tennessee’s 7th congressional district was honored for his steadfast commitment for term limits on Congress. Aaron Dukette of U.S. Term Limits (USTL), the nation’s largest pro-term limits group, presented a plaque inscribed with the verbiage of the term limits pledge Green signed. It reads, “As a member of Congress, I, Tim Burchett will cosponsor and vote for an amendment of three (3) house terms and (2) senate terms and no longer limit.” 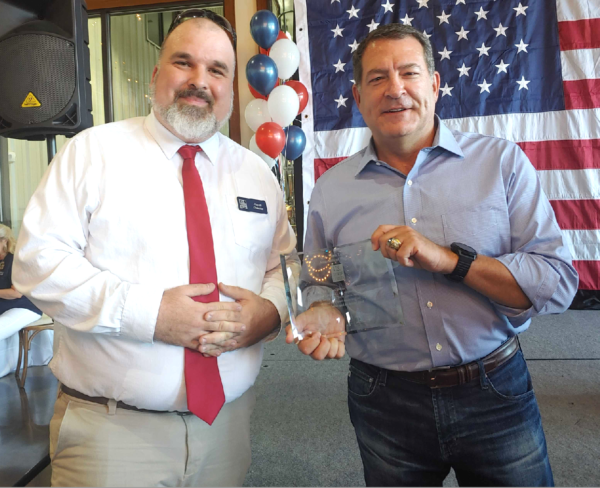 According to the last Tennessee poll on term limits conducted by RMG Research, the issue of term limits enjoys wide bipartisan support. 78% of the respondents want term limits on Congress including 77% of Republicans, 90% of Democrats, and 71% of independents strongly approve of placing term limits on members of Congress.