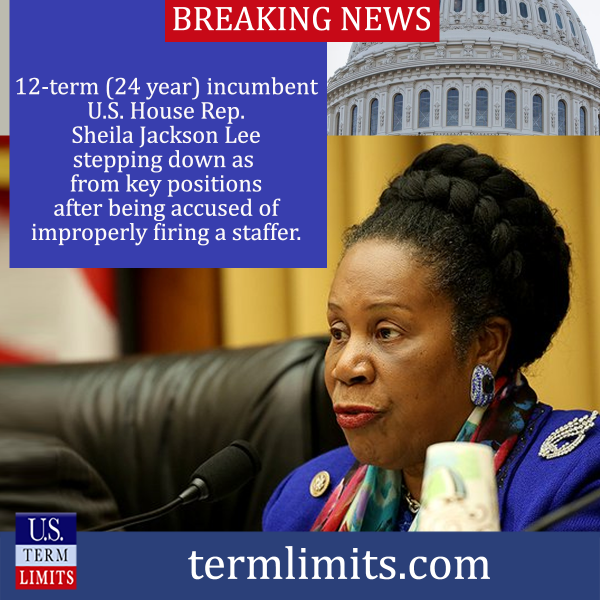 It is ironic that many Americans look to Congress for laws to protect us against sexual harassment, when Congress itself is a hotbed of such behavior.

The latest casualty of this bipartisan Congressional subculture is 24-year veteran Rep. Sheila Jackson Lee of Texas, whose district includes most of central Houston. While retaining her office, Rep. Lee resigned last week as chairwoman for Congressional Black Caucus Foundation after being accused of retaliating against a female employee of the Foundation who claims to have been sexually assaulted.

The woman, named Jane Doe in her legal complaint, said she was fired by Rep. Jackson Lee when she made the matter public.

The story begins in 2015 when Jane Doe was a 19-year-old student at Howard University and took an internship at the Foundation for a semester. She says the internship coordinator took her drinking one night. The evening ended in his apartment where he allegedly forced her to perform oral sex and other unwanted sex acts. The intern coordinator denied this, but he was fired for drinking with a minor when Jane Doe brought it to the attention of the Foundation.

No charges were filed, so this might have been the end of it. But Rep. Jackson Lee hired Jane Doe to work on her staff in 2017 and shortly thereafter was also considering hiring the old intern coordinator. According to Jane Doe, she balked about this and was fired as a result.

The case is sort of similar to that of Rep. Elizabeth Etsy (D-CT), who did not run for re-election last year after it was alleged that her chief of staff was sexual harassing female staff members and she did nothing about it.

Rep. Lee resigned from the board after being given an ultimatum by the Foundation board that if she did not do so, she would face a removal vote. The National Alliance to End Sexual Violence said it could not continue to work with Rep. Jackson Lee as the lead sponsor on legislation reauthorizing the Violence Against Women Act. Fellow Democratic lawmakers were prepared to force her from her position of chair of the Judiciary Committee’s Crime, Terrorism, Homeland Security and Investigations Subcommittee but she resigned from that too.

We have no special knowledge regarding these allegations, but the arrogance they portray fits with Rep. Jackson Lee’s reputation as Congress’ Queen Bee.

At the end of 2017, Queen Jackson Lee insisted that school teacher Jean-Marie Simon give up her first class seat as there were none available for Queen Jackson Lee.  Lee took the seat while Simon was moved into economy. United Airlines apologized and provided Simon a voucher for the flight. It was pointed out to Simon who had bumped her and she posted the picture of Queen Jackson Lee on Facebook. Responding to the furor that caused, the Queen suggested that Simon – a celebrated photojournalist who helps document human-rights abuses in developing nations – created the stir because Queen Jackson Lee is an African American woman.

When called out on her history of sometimes hilarious misstatements — such confusing Hurricane Sandy with the Sandy Hook massacre, conflating Wikileaks with Wikipedia, and referring to an American flag that moon astronaut Neil Armstrong left on Mars — she routinely counters with charges of racism.

Regarding the Mars incident, Queen Jackson Lee defended her error through her chief of staff in a letter to the editor to The Hill, saying “You thought you could have fun with a black woman member of the Science Committee.”

In 2004, Queen Jackson Lee announced to colleagues on her hall in the Rayburn House Office Building that the corridor would be closed from 8 am to 4 pm to accommodate a visit from Michael Jackson. Naturally, her colleagues complained and she was informed she had no authority to close a public hallway.

Former staffers report she had an abusive temper and regularly hurls profanities at her underlings, with “stupid motherf**r” ranking high among her favorites. Not surprisingly, she has one of the highest staff turnover rates in Congress. The Houston Chronicle reports she had gone through 11 chiefs of staff in 11 years and a 2013 report concluded Queen Jackson Lee “had the highest turnover rate for all of Congress over the last decade.”

Exhibiting such arrogance, it is not surprising that the 13 term representative ignores the demands of her constituents to enact Congressional term limits.  Queen Jackson Lee gets an F rating at termlimits.com/legislators for refusing to sign the U.S. Term Limits Pledge and cosponsor the Congressional Term Limits Amendment bill.

“You don’t understand. I am a queen, and I demand to be treated like a queen,” she allegedly once told a member of her staff.  Whether she said that or not, her actions speak louder than her words.