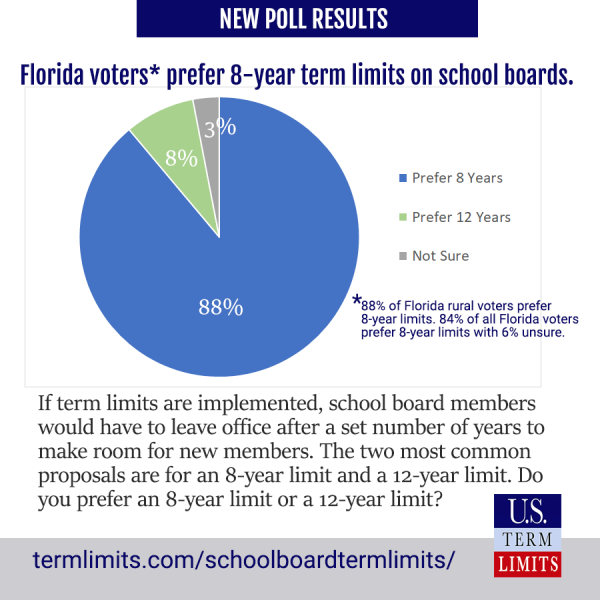 Statewide, 77 percent of Florida voters approve of an amendment to the Florida Constitution to term limit all school board members. That includes support from 85 percent of Republicans, 67 percent of Democrats and 76 percent of independents.

Among voters who back term limits, 84 percent say school boards should have a limit of eight years like Florida’s governor, cabinet and state legislature. Only 10 percent prefer a 12-year limit.

“These results are bipartisan, overwhelming and decisive,” said Nick Tomboulides, Executive Director of Melbourne-based U.S. Term Limits. “It’s time for the state legislature to listen to the people and put eight-year school board term limits on the ballot.”

School board term limits did make the ballot in 2018 as part of Amendment 8, which was created by Florida’s Constitution Revision Commission. Before the November election, however, the state Supreme Court threw the amendment out – objecting to the non-term limits parts of the measure with which it was bundled.