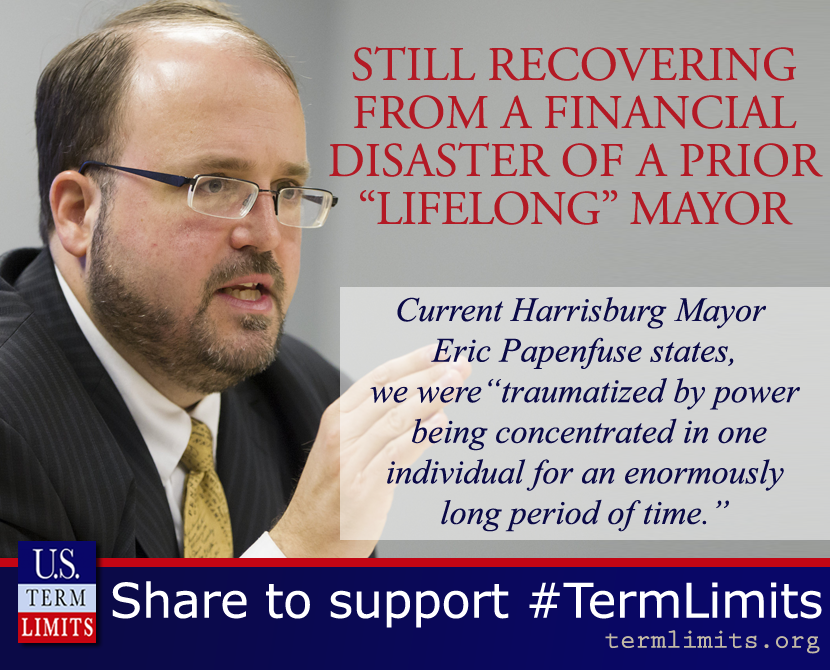 The former mayor of Harrisburg, dubbed “Mayor-for-life,” was embroiled in a litany of crimes from fraud to theft. In office 28 years, Stephen Reed’s scandals involved an incinerator project that caused financial devastation that nearly bankrupted the city. As a final insult to injury, he collected millions of dollars of wild west artifacts (yes Harrisburg is in Pennsylvania) using public funds and stole them on his way out the door. Without compunction, Reed had the audacity to sue the city claiming the stolen property was unlawfully confiscated by police!

It took 6 years for Reed to face trial for only a handful of charges after statutes of limitation kicked in and some behind the scenes wheeling and dealing ensued. In 2017, Reed was found guilty of numerous counts but received just a mere two years of probation for his crimes.

According to current Mayor Eric Papenfuse, “There’s no question that the city of Harrisburg was traumatized by power being concentrated in one individual for an enormously long period of time. I don’t think anyone wants to see that again.” Papenfuse, serving in his third year, advocates term limits for all elected officials.

He states, “It’s good to have turnover. It’s good to constantly have new people getting involved in the political system. I’m in favor of term limits but I think if we’re going to do it, it should apply to all elected officials.”

We had a mayor for 28 years who had executive powers that went unchecked for a very long time. There was no transparency, and certainly no accountability.

Council President, Wanda Williams doesn’t disagree, “We had a mayor for 28 years who had executive powers that went unchecked for a very long time. There was no transparency, and certainly no accountability.” She is not opposed to enacting term limits on the Harrisburg City Council and other elected officials.

Last week, Williams introduced an ordinance that states there was “a longtime imbalance of power between the legislative and executive branches of city government.” The city council expects to schedule public hearings to advance the proposed term limits ordinance.

Harrisburg has learned a painful lesson. Without term limits, unchecked and unlimited concentration of political power leads to corruption that is devastating to the community it is supposed to serve. 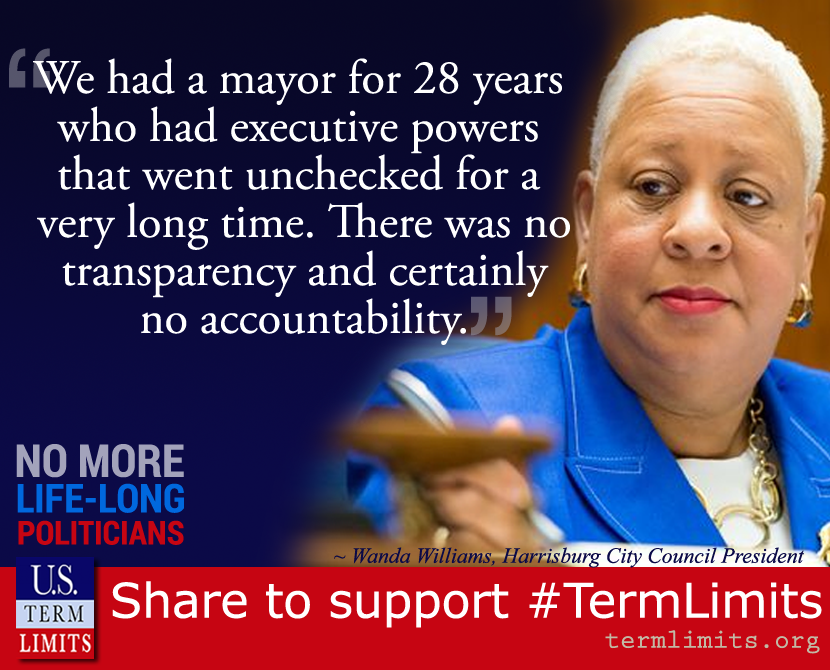