On Wednesday, June 9th, U.S. Term Limits held a Capitol Day at the North Carolina state capitol for term limits supporters to meet with their pro-term limit legislators, thank them for their support, and indicate to others how important term limits on Congress is. 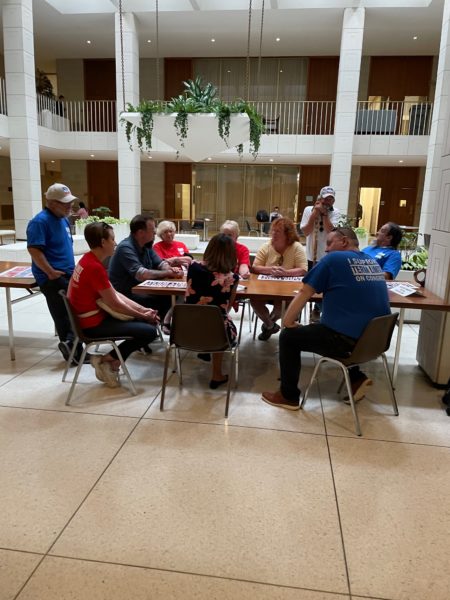 Volunteers are the heart of U.S. Term Limits, and with Term Limits on Congress having 73% support from polled North Carolinians, it was no surprise that our volunteers were met with enthusiasm and support from those at the state Capitol. Legislators remarked how happy they were to see USTL, and that they would do everything they could to see the Senate take up the term limits resolution.

HJR172 is currently pending a Senate Rules Committee vote after passing the House in a bipartisan vote of 61-52. If you live in North Carolina, let the state senate know that they must schedule a vote on term limits. Take action by visiting our website, www.termlimmits.com.