Washington, DC  – According to a new poll by Pulse Research, congressional term limits might be the most popular and bipartisan issue in Idaho. The statewide poll, which was conducted on September 27th, found that 84 percent of voters favor a constitutional amendment placing term limits on Congress. 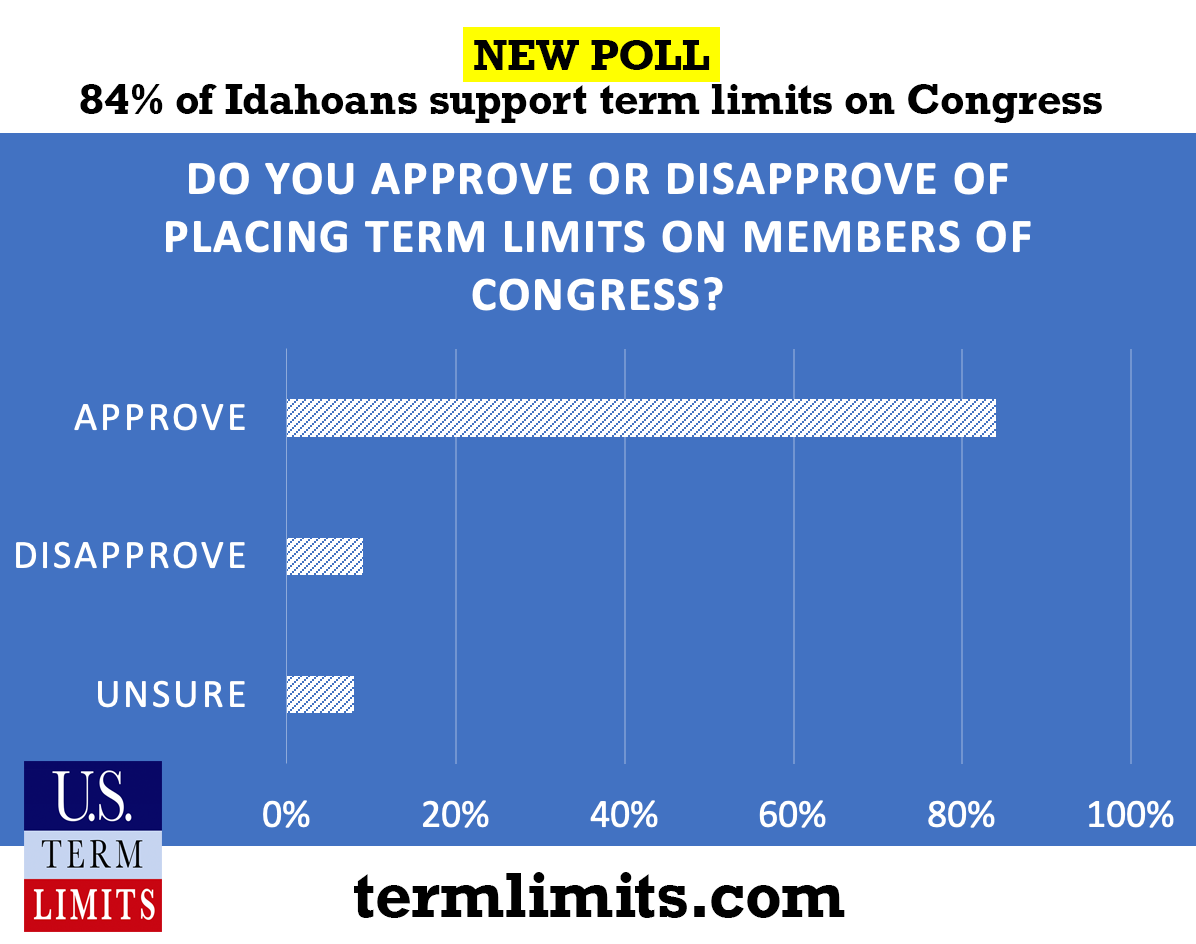 The poll also found that, unlike most political issues, support for term limits is bipartisan – with 86 percent of Republicans, 79 percent of Democrats and 83 percent of Independent voters in Idaho agreeing that term limits for Congress are needed.