According to a new poll conducted by Pulse Research, and commissioned by U.S. Term Limits (USTL), a supermajority of Michigan voters supports keeping the state’s current 6 and 8-year term limits, while believing legislators’ new attacks on the law are coming from self-serving motives.

USTL National Field Director Scott Tillman, a Grand Rapids resident, heralded these results as proof the people of Michigan are not buying what legislators are selling on term limits.

“Lee Chatfield, Mike Shirkey and the Chamber of Commerce are only coming after term limits to feather their own nests,” Tillman said. “U.S. Term Limits will do everything in our power to stop this undemocratic power grab and defend the will of Michigan citizens.”

In 1992, Michigan citizens passed with 59% of the vote an amendment to the State Constitution limiting State House members to six years in office and State Senate members to eight years. Term limits have worked very well, checking the power of incumbency and making Michigan the only state in America with 100 percent of its legislative elections contested.

Still, this success story hasn’t stopped some lawmakers and lobbyists from trying to lengthen or repeal term limits. Every few years, an effort crops up among Lansing insiders to either let politicians keep power longer or abolish term limits altogether. U.S. Term Limits always leads the fight to stop these efforts and safeguard the people’s term limits. 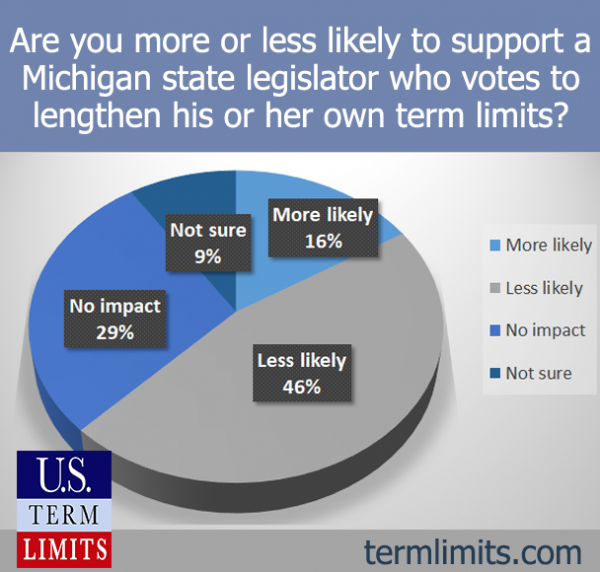 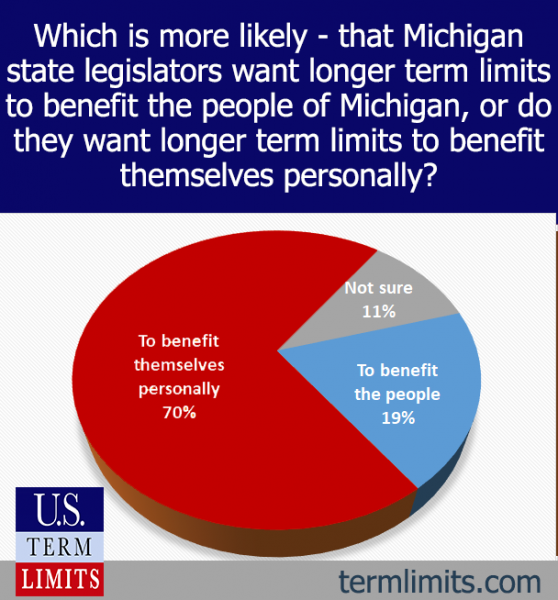