The pledge Kim signed states that she would cosponsor and vote for the resolution in Congress supporting an amendment to the U.S. Constitution of three (3) house terms and two (2) senate terms and no longer limits. Since being re-elected, she has reneged on her promise.

The billboard is part of a massive education campaign to inform term limits supporters where candidates and lawmakers stand on the issue of term limits for Congress. Polling shows that 82% of Americans, across all demographics and political affiliations, support congressional term limits.

This Congress, the U.S. Term Limits amendment resolution, House Joint Resolution 11 (HJR11), has been introduced by Rep. Ralph Norman with bipartisan support of 44 cosponsors. It is expected to be scheduled for an upcoming vote in the U.S. House.

“Young Kim made a promise to the voters of her district to support the U.S. Term Limits amendment,” said Philip Blumel, President of U.S. Term Limits. “Yet, once she was elected, she decided to ignore the promise she made to her constituents.”

“Voters are tired of politicians who will promise anything to get elected and then once elected break their promises,” concluded Blumel.  “We hope Rep. Kim has a change of heart and decides to keep her promise.” 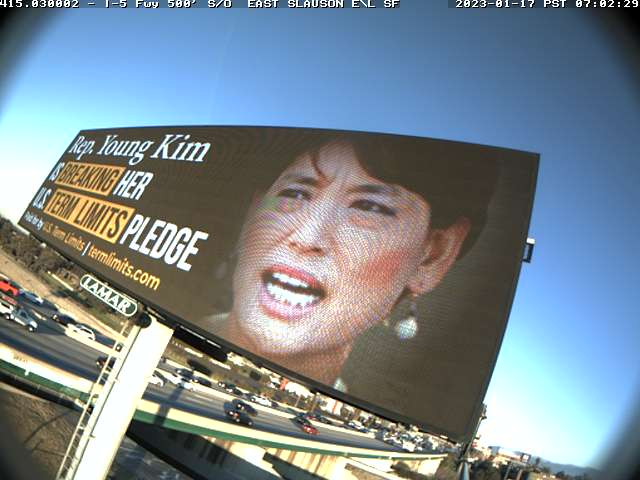