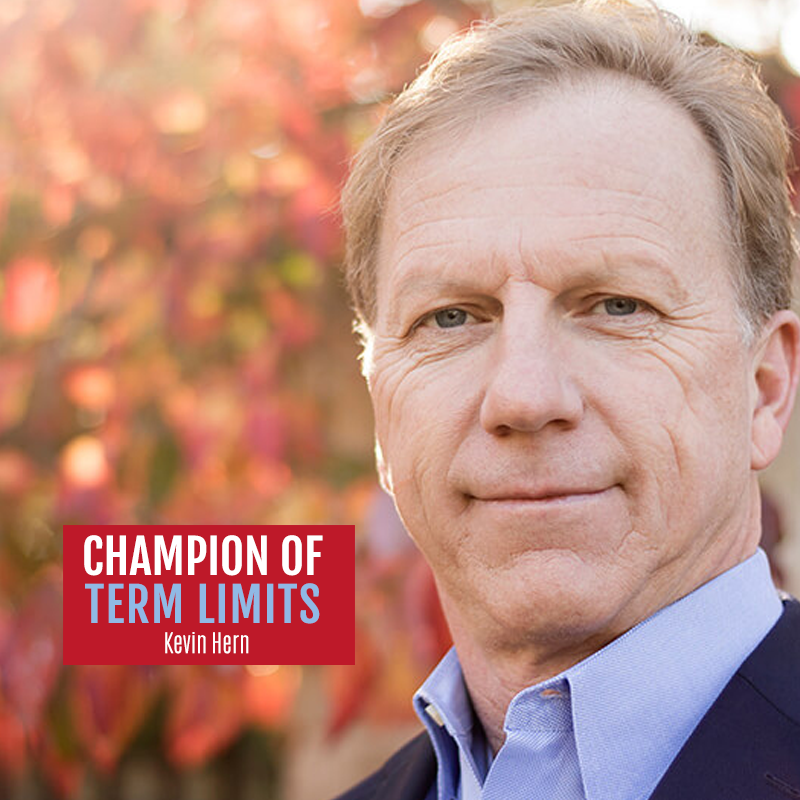 Asked why he supports term limits on Congress, Hern stated, “The status quo won’t get things done. We’ve seen it time and time again with career politicians tip-toeing party lines and doing the absolute bare minimum.” He added, “There’s no motivation for politicians to vacate their seats or let new ideas or fresh faces have a chance to succeed. That is why we’re not getting the results we deserve.”

USTL President Philip Blumel commented on the Hern’s pledge saying, “Kevin’s support for term limits shows that there are individuals who are willing to put self-interest aside to follow the will of the people. America needs a Congress that will be served by citizen legislators, not career politicians.”

Blumel noted, “More than 82% of Americans have rejected the career politician model and want to replace it with citizen leadership. The way to achieve that goal is through congressional term limits. Kevin knows this and is willing to work to assure we reach our goal.”

According to the last nationwide poll on term limits conducted by McLaughlin & Associates, conducted in January 2018, term limits enjoys wide bipartisan support. McLaughlin’s analysis states, “Support for term limits is broad and strong across all political, geographic and demographic groups.  An overwhelming 82% of voters approve of a Constitutional Amendment that will place term limits on members of Congress.”

Hern concluded, “Dysfunction and incompetence in Washington must end. I will use my experience to change the way business is done.”

The term limits amendment bills would require a two-thirds majority in the House and Senate, and ratification by 38 states in order to become part of the constitution.