Kennebunkport, Maine – On May 25, 2022, the Kennebunkport Republican Committee unanimously passed a resolution calling on the Maine legislature to pass an Article V application to propose a Term Limits Amendment to the U.S. Constitution limiting the number of terms that members of the U.S. House and Senate can serve. 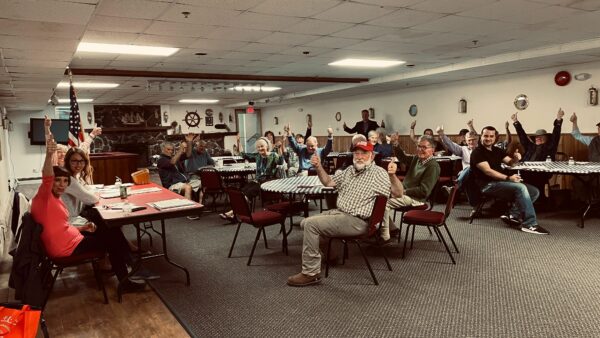 Article V of the Constitution of the United States specifies how amendments may be proposed; either two-thirds of both Houses of Congress or on the application of two-thirds of the state legislatures requiring Congress to call a convention for the purpose of proposing the amendment. The resolution passed by the Kennebunkport Republican Committee endorses the effort to propose a Congressional Term Limits Amendment being spearheaded by the nonpartisan, nonprofit organization, U.S. Term Limits.

Kenn Quinn, Northern Regional Director with U.S. Term Limits who presented the resolution to the members of the Kennebunkport Republican Committee shared, “Mainers voted to place term limits on our Congressional Delegation twice in the 1990s but unfortunately those laws were overturned by the courts. In 1995, the U.S. Supreme Court ruled in U.S. Term Limits v Thornton that the only way the States can impose term limits on Congress is via an amendment proposed and ratified under Article V of the U.S. Constitution. Since Congress refuses to propose this amendment we are turning to the state legislatures to do it instead. It’s time for the Maine Legislature to join with other states around the country in calling for an Article V convention to propose this needed amendment.”

Quinn further stated, “The delegates at the Maine Republican Party State Convention overwhelmingly supported this effort by passing an amendment to the party platform endorsing it.”