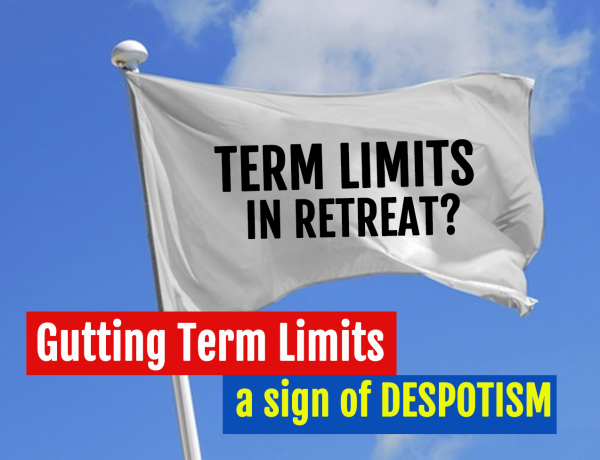 The watchdog group Freedom House thinks so. “Freedom in the World” is Freedom House’s flagship annual report, assessing the condition of political rights and civil liberties around the world. It is composed of numerical ratings and supporting descriptive texts for 195 countries and 14 territories. Freedom in the World has been published since 1973, allowing Freedom House to track global trends in freedom over more than 40 years. It has become the most well-known report of its kind.

In the 2019 edition, Freedom in the World points the 13th consecutive year of decline in global freedom.  According to the authors, “The reversal has spanned a variety of countries in every region, from long-standing democracies like the United States to consolidated authoritarian regimes like China and Russia. The overall losses are still shallow compared with the gains of the late 20th century, but the pattern is consistent and ominous. Democracy is in retreat. Democratic norms such as free and fair elections and free expression are being shattered.”

The report cites evidence from around the world, including governments that find ways to control election results while sustaining a veneer of competitive balloting. Freedom House’s scores for elections have declined twice the rate of other freedom indicators globally during the last three years.

Specifically, “the principle of term limits for executives, which have a long provenance in democracies but spread around the world after the end of the Cold War, is weakening. According to Freedom House’s data, leaders in 34 countries have tried to revise term limits — and have been successful 31 times — since the 13-year global decline began. Attacks on term limits have been especially prominent in Africa, Latin America, and the former Soviet Union.”

In Armenia, massive nonviolent demonstrations forced the resignation of Serzh Sargsyan, the country’s leader since 2008, who had tried to evade term limits by moving from the presidency to the prime minister’s office. After snap elections in December, a new reformist majority in the parliament has pledged to promote transparency and accountability for corruption and abuse of office.

In Ecuador, President Lenín Moreno has defied expectations by breaking with the antidemocratic practices of former president Rafael Correa, including by adopting a more relaxed stance toward media criticism, barring those convicted of corruption from holding office, and passing a constitutional referendum that restored presidential term limits.

Several of the continent’s aging authoritarian leaders continued to cling to power. In Cameroon, President Paul Biya, now in office for 36 years, presided over deeply flawed elections in which he secured a seventh term, while in Uganda, Museveni—in office for 32 years—oversaw the removal of a presidential age cap from the constitution, allowing him to run for a sixth term in 2021. In Togo, one of only two countries in West Africa without term limits, President Faure Gnassingbé (whose family has been in power since 1967) resisted popular efforts to impose such a barrier.

Challenging this trend — and perhaps in reaction to it — in the United States the term limits movement is resurgent and continues to bring competitive elections and regular rotation in office to new jurisdictions in every election cycle. Progress is also being made at the national level, where states are calling for a national amendment-proposing convention to limit terms and empower voters.

If we win, future editions of “Freedom in the World” might tell the story of how the United States, by example, re-energized democracy across the globe.

Let’s win and find out.