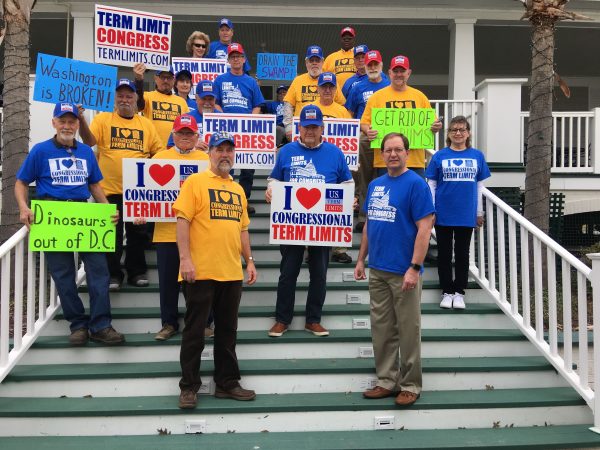 February 27th marked the first ever National Term Limits Day. Celebratory events took place all over the country. Some of the activities were guided tours of state capitols, some were sign waves, one was an online lecture to students in Colorado, a few others were luncheons with term limits discussions.

Our goal was to get as many people involved as possible to bring awareness to this very important cause. Our hope is that term limits supporters would find simple tasks they could repeat or expand upon for next year’s Term Limits Day.

An easy way to be involved is to wear a Term Limits shirt or cap, put a yard sign on your lawn (from termlimits.com/shop), or tweet/post photos on social media with the hashtag #termlimitsday. 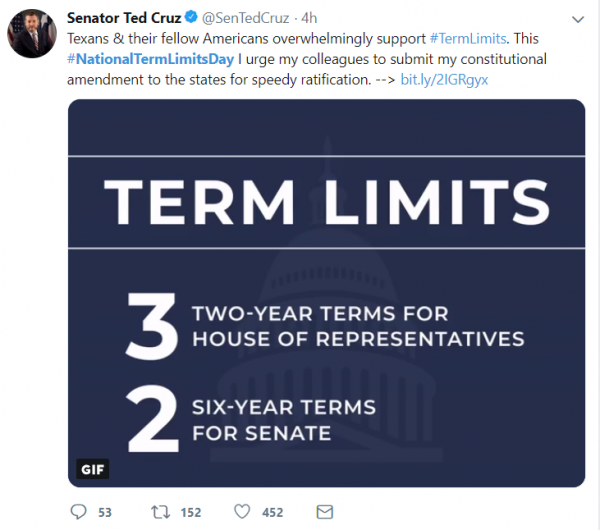 We are happy to report that our social media metrics went through the roof. Senators Rand Paul, Rick Scott, Mike Braun, and Ted Cruz all made term limits day posts as well as former Ambassador Nikki Haley and several state legislators.

There was an overwhelming show of support online and I had many supporters reach out asking “What can I do to help?”

View more social media photos in our album on our facebook page.

Here are some of the events held this year:

All in all it was a very rewarding and very successful day!

Our ultimate goal may be to change the date to correspond, not with the date of the anniversary of Presidential term limits… but to the date in the future when the amendment passes for term limits on Congress!

How did you celebrate National Term Limits Day? 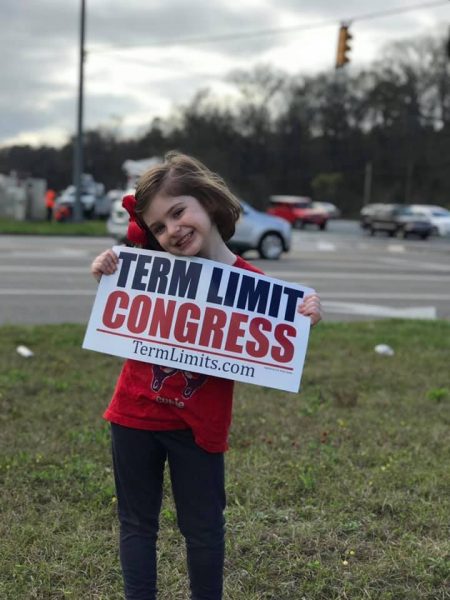 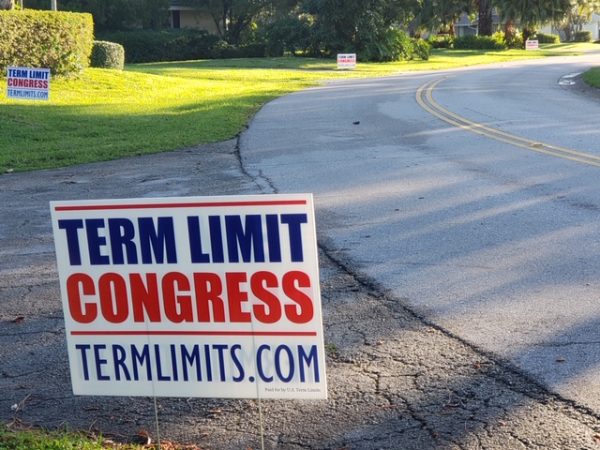