Hill Tapped as Chair of Oklahoma for Congressional Term Limits

“Washington is non-stop politics. Congress is more focused on power grabs than doing what is in the best interest of our nation. I truly believe that to fix DC we need to return to a citizen legislature. That’s why I support term limits and I am proud to be part of this growing movement,” said Hill. 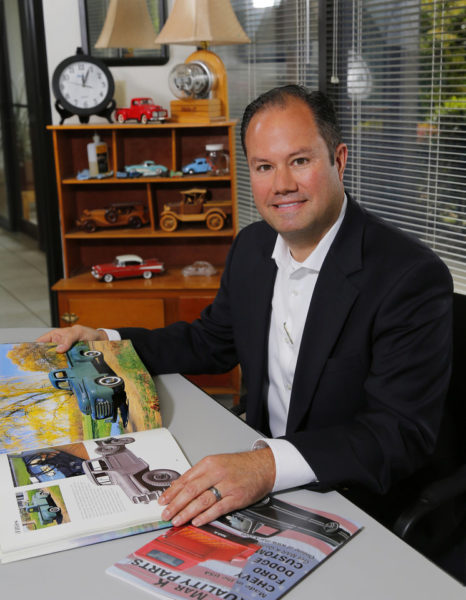 Hill is a dedicated father and successful businessman. He started turning wrenches at the age of 16, fixing and rebuilding classic cars. Now Hill owns and operates MAR-K, the nation’s leading manufacturer of more than 6,000 component parts for classic automobiles and trucks. Before acquiring MAR-K, he spent 28 years in leadership positions across the education, energy, manufacturing, and technology industries, including at Logic Energy Solutions, Petrosmith, and Kimray Inc., where he was named one of Oklahoma’s “Most Admired CEOs” by The Journal Record.

Hill lives in Edmond, Oklahoma with his wife of 28 years, Shannon. They have six wonderful children, including three strong, independent daughters, and three selfless sons who all serve in the Army. An avid runner, Hill co-founded the Oklahoma City Memorial Marathon, already in its 21st year, which has raised millions of dollars for the Memorial Foundation. He and Shannon also founded Providence Hall Classical Christian School (Now The Academy of Classical Studies). Hill and his family are members of Christ the King Catholic Church in Oklahoma City.

“We are honored to have David Hill leading our efforts in Oklahoma to pass term limits on Congress. He has been a strong business and community leader. With his help, I know that we can get the resolution passed in Oklahoma,” said Blumel, the President of U.S. Term Limits.

Blumel added, “Eighty percent of Americans support term limits on Congress, including huge majorities of Democrats, Republicans and Independents. This is a rare, truly nonpartisan issue with national appeal.”