Grassroots activists across the country are actively gathering signatures for our term limits on Congress petition.They are meeting with legislators to get them to sign our pledge. Self-organized and self-perpetuating, they are writing letters to the editor, passing out literature at events, and asking politicians about their stance on term limits at public townhalls. Volunteers are the lifeblood of our organization. We can’t thank them enough for all they do. 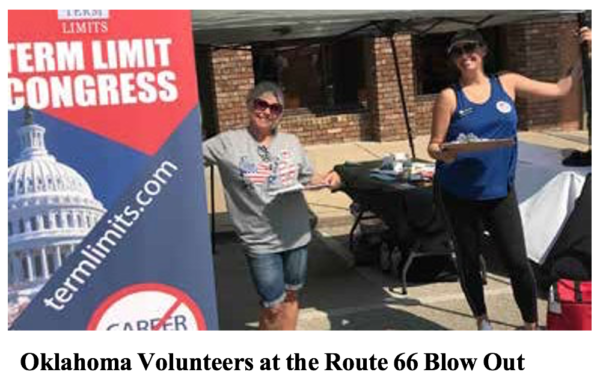 Volunteer Oklahoma State Director, Chris Keener and his dedicated team braved the wind and the heat at the 32nd Annual Route 66 Blowout Car Show and Festival in Sepulpa. They were excited to spread the word about our mission, collect petitions, and recruit volunteers. Wildly successful, the team garnered signatures from more than 200 new term limits supporters who were delighted to sup-port to the term limits effort. Local Democratic committee members tabling nearby signed up to volunteer for USTL, reinforcing that term limits is a nonpartisan issue embraced on both sides of the aisle. 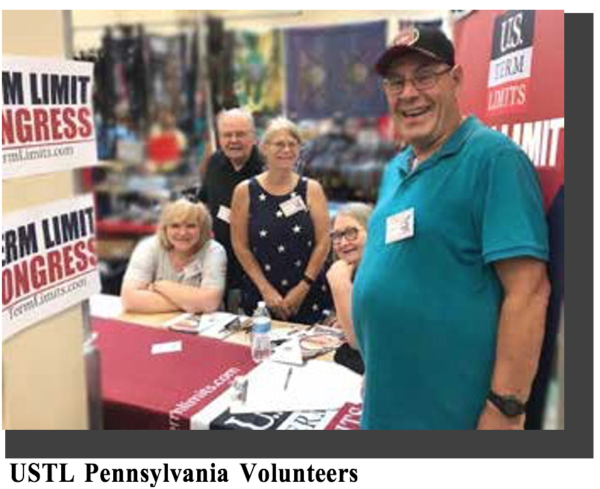 The PA team is on fire tabling at several gun shows, meeting with lawmakers, holding online information sessions and organizing grassroots activists. There is tremendous support for term limits in the Keystone State as our team has gathered record breaking number of signatures while they actively work to pass our term limits resolutions through both chambers of the state legislature.

A dedicated volunteer is connecting with supporters attending Tampa Bay Lightning games as we continue collect pledges from candidate for Congress and put pressure on the Florida state legislature to pass school board term limits. USTL is committed to term limits on all levels of government,
and is actively advocating for local term limits across the state of Florida.