Harrisburg, Pennsylvania – If our time in public service has taught us anything, it’s that Pennsylvanians will never hesitate to tell you where they stand. Our state is full of passionate people on both sides of the aisle and that diversity of opinion is undoubtedly one of our strengths. But in these partisan times, it’s easy to forget that Republicans and Democrats still have a lot of common ground. We share many of the same frustrations and hopes. And we all seek to solve problems through our government.

To that end, we believe the time has come for big, structural change in how Washington, D.C. does business. Congressional term limits, more than any other change, would do a world of good to restore the trust many people have lost in our leaders. We aren’t alone in feeling this way. A 2020 poll showed that four in every five Pennsylvania voters – regardless of party affiliation – favor term limits on members of Congress.

At the federal level, term limits would help produce more profiles in courage. It would embolden members of Congress to cast votes based on conscience rather than maintaining incumbency.

Realistically, there is little chance Congress will propose imposing term limits on itself. We can only get it done if the Pennsylvania General Assembly calls for an amendment-proposing convention to term limit members of Congress. That is an idea whose time has come and it is one we enthusiastically endorse. 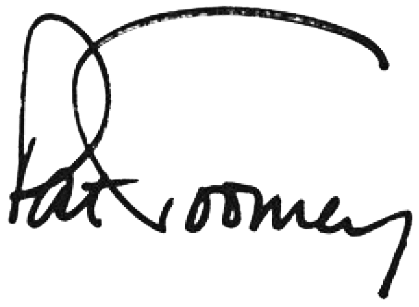