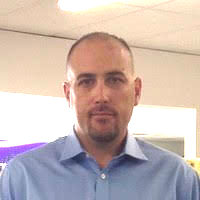 “Oklahoma is one of several states that will be a key focus for us in 2020,” says USTL’s National Field Director, Scott Tillman. “We are building up momentum and looking forward to successes in both chambers this upcoming legislative session under Chris’s leadership.”

Keener is a retired Army Staff Sergeant who has more than 20 years’ experience in the logistical field. He is currently the Sales Manager for Merrifield Office Supply in Sapulpa, Oklahoma. He has two deployments to Afghanistan under his belt having established logistics expertise in everything from transportation to purchasing.

Chris says, “Term limits are needed so that we can have changeover in our capitals. Without them then we keep getting the same ole same ole.”

In this state director role, Chris is responsible for introducing the U.S. Term Limits resolutions in the Oklahoma legislature, securing sponsors and identifying term limits champion lawmakers who will shepherd the measure through to a successful conclusion. Chris is also tasked with directing the grassroots leadership teams who will engage volunteers and work to create opportunities for candidates and legislators to sign the term limits convention pledge as a key part of the overall strategy.
Six state legislators in Oklahoma have signed the term limits on Congress pledge going into the 2021 legislative session. They are Rep. Zack Taylor (H028), Rep. Chad Caldwell (H040), Sen. Micheal Bergstrom (S001), Sen. Marty Quinn (S002), Sen. Wayne Shaw (S003) and Sen. Roland Pederson (S019).