18-ft Giant Hog Coming to Camden and Other Nearby Stops

Camden, Michigan — An 18-foot hog is coming to protest attempts by lobbyists and state legislators to gut Michigan’s term limits. The pig symbolizes the gluttonous attempt by the Michigan legislature to keep feeding at the public trough on the taxpayer dime. 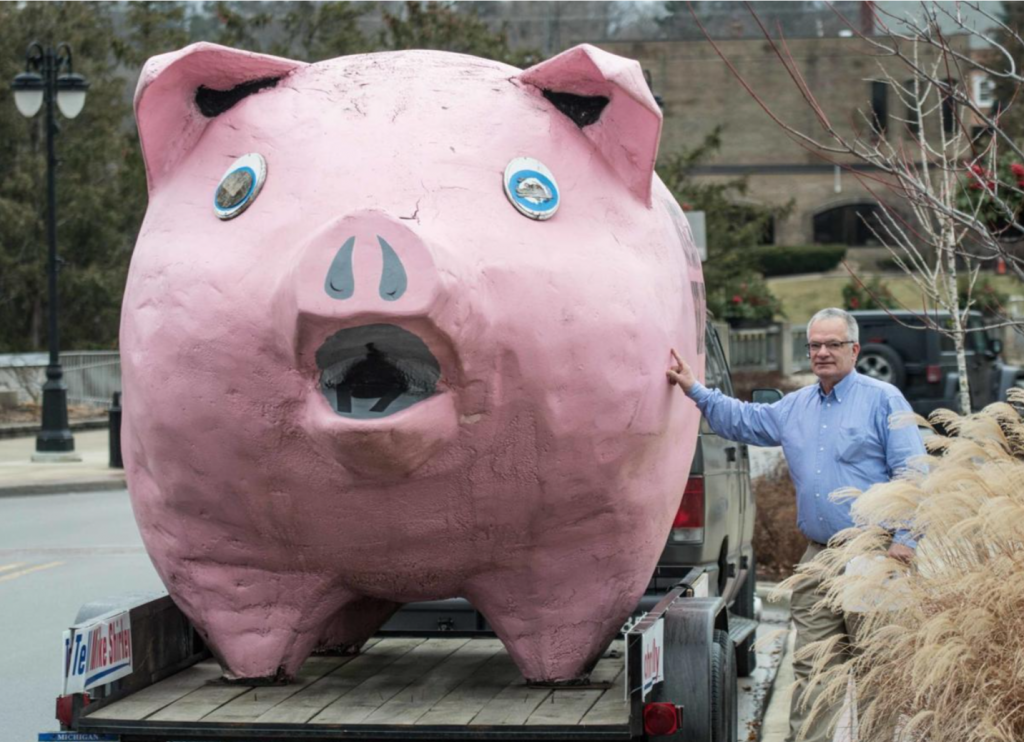 Tillman, a Grand Rapids resident, heralded these results as proof the people of Michigan are not buying what legislators are selling on term limits. “Lee Chatfield, Mike Shirkey and the Chamber of Commerce are only coming after term limits to get more time at the trough,” says Tillman. “Reps. Eric Leutheuser, Brandt Iden and Matt Hall should make it clear they are citizen legislators, not career politicians by standing up for the voters. We will do everything in our power to stop any undemocratic power grab and defend the will of Michigan citizens.”